Apparat Gaming Partners With Rootz To Venture in Germany Apparat Gaming and the outstanding operator, Rootz, have reached a content agreement. Rootz is the most recent operator to cooperate with Apparat Gaming.

The Apparat Gaming website is clean and elegant. Its games not only appear modern and have amazing visuals, but they also provide iGaming with a German flavor with a fresh perspective.

The graphics are the most significant aspect of Apparat Gaming slot machines, as each game features a stunning, well-considered design.

Rootz, on the other hand, is a relatively young iGaming firm founded to simplify games and focus more on their essential components.

Rootz was founded in 2018 by iGaming specialists who aim to provide their players with the greatest possible iGaming experience. Since the outset, they have relied on the “quality over quantity” tenet to construct a game platform with innovative and efficient programming, high-quality graphics, and great content.

Spinz Casino was the fourth online casino operated by Rootz and was released over a year after the company’s third brand, Wheelz Casino.

As part of the arrangement, gamers at the operator’s three award-winning online casino brands, Wildz Casino, Caxino Casino, and Wheelz Casino, will be able to play Apparat Gaming’s distinctive slots with a German twist for the first time.

Apparat is one of the most prominent game developers in regulated markets due to its German game development style. It focuses on quality, engineering, and delivering sufficient “eye candy” in its games to provide gamers with a better experience.

Rootz is optimistic that its German initiative will be a long-term success, given that it has games from Apparat Gaming. Rootz benefits from the fact that local gamers are already familiar with and fond of Apparat. The company is dedicated to creating iGaming goods for the future generation that are adapted to the preferences of German gamers.

Black Book of Pirates, King of the Vikings, Total Eclipse, The Warlock’s Book, and Pharaoh Princess are among the company’s most well-known titles.

The operator’s choice to collaborate could not have come at a better moment, as it has just received its license to offer regulated iGaming services in Germany, the most heavily regulated and lucrative European market.

Germany adopted the State Treaty on Gambling in 2021 and continues to grant licenses to well-known companies. The nation aims to establish the proper conditions to utilize slots throughout the state. The laws are primarily designed to safeguard the player and the children.

Rootz, the firm from Malta, has already fulfilled the conditions of the State Treaty and has been granted a license to operate slot machines in the state.

“By having the license, the firm intends to establish the safe and legal offerings on the German gaming market that satisfy all technical criteria and safeguard minors and gamers,” the company stated.

The German company Apparat Gaming was founded in 2020. Four games are currently playable, while ten more are confirmed to be under development. All of them are vibrant and colorful, with distinct patterns and themes.

The company’s mission is to offer the best games to Germany and the rest of Europe while keeping their home nation at the core of what they do. The eight founders have a combined 75 years of experience in the difficult iGaming industry and are working tirelessly to promote German iGaming abroad.

Apparat Gaming’s CPO, Martin Frindt, commented on the cooperation, “It’s nice to see that Rootz understands our language and has opted to include our German-speaking slots in the game lobby of its Wildz Casino, Caxino Casino, and Wheelz Casino brands.”

Frindt was confident that the company’s slot machines would perform well and provide gamers a great time. The executive added that Apparat was pleased to have Rootz launch alongside the company’s iGaming products and that the entire team was looking forward to seeing how well they performed in the market. 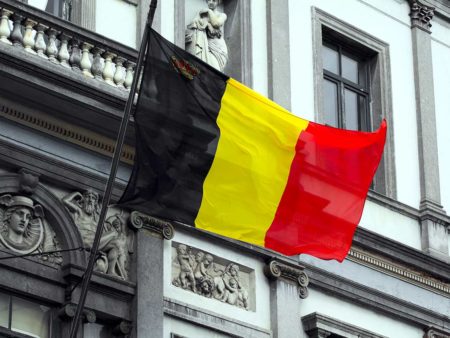