OnlineCasinoGames.com » Articles » Caesars Goes All Out In A New Casino For Poker Room and Sportsbook
Articles 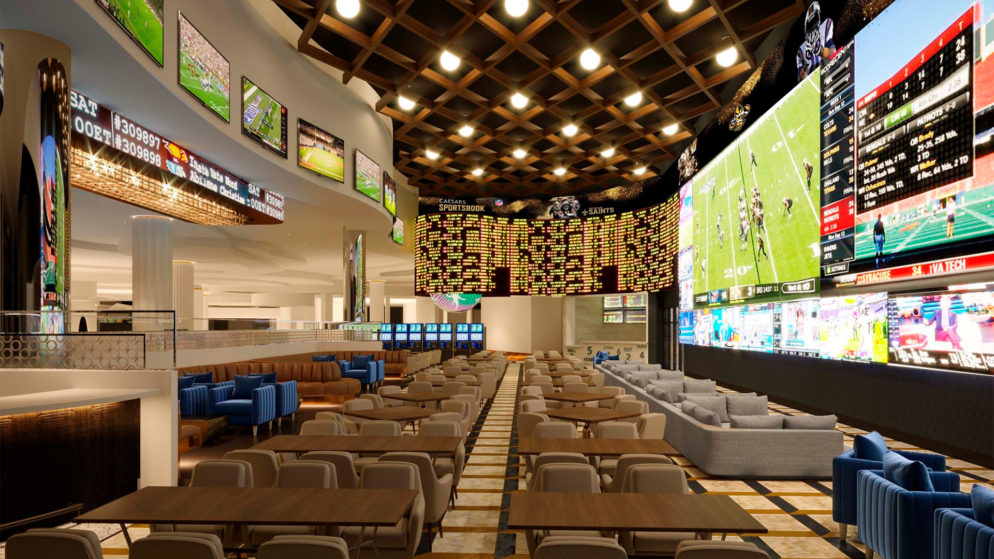 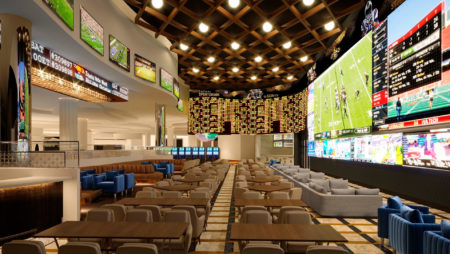 The Grand Victoria casino contains 1,088 slot machines, 30 table games, a poker room with 12 tables, and four dining establishments. It is located in Elgin, Illinois, on the banks of the Fox River.

In less than three years, Illinois has rapidly climbed the list of states where sports betting is allowed. According to the Illinois Gaming Board (IGB), the state’s gross gaming revenue (GGR) in August was around $565 million. According to this metric, it is the second-largest state for sports betting, behind New York but ahead of New Jersey.

Moreover, it appears that Caesars isn’t done yet, as there will be multiple Caesars Palace casinos outside of Las Vegas.

In an increasingly competitive sector, the Grand Victoria Casino enhancing its poker and sports betting services could be good news for Caesars.

The former Indulge Kitchen Buffet will become the new (World Series of Poker Tournament) WSPO poker room and sportsbook. The sportsbook is 2100 square feet, while the poker room is 4400 square feet with 20 tables.

There are three customer service desks and four self-service kiosks in the sportsbook. In November, Grand Victoria will host Illinois’s first-ever WSOP tournament.

Times are changing, and the newest Caesars Palace may soon open in Times Square, in the heart of Manhattan.

Caesars is North America’s largest gambling firm, owning and operating over fifty casinos. Caesars Palace Times Square will be entirely self-sufficient as Caesars will grant a name licensing and operate the business under a long-term management agreement.

One factor is financial. Caesars Palace Times Square could provide billions of dollars in tax revenue for New York City and the state, generate tens of thousands of jobs, and be a part of Mayor Adams’ plan to help the economy recover by repurposing vacant space for retail and entertainment.

President and CEO of the corporation that owns Carmines and Virgil’s BBQ, Jeffrey Bank, states, “It is time to reinvest in the region. Times Square is the center of New York, yet everyone there continues to suffer from the plague.

If we want to bring back tourists, make Times Square safer, and obtain the economic boost we need to get back on our feet and grow and create more employment, the Caesars Palace concept is crucial.”

The casino could also increase the number of tourists visiting Midtown, which has declined since the onset of the pandemic. This would result in 24-hour spending, amusement, and entertainment in a community that has been falling.

The CEO of SL Green, Marc Holliday, stated, “We believe Times Square is the ideal location for a new resort casino that will attract tourists and benefit local businesses.

A casino in Times Square would complement the current uses of the area. Times Square is the entertainment hub of the world.

Because we are proposing a makeover, we will be able to open sooner than other facilities that must start from scratch, require a change in the law, and will negatively impact their local communities once they receive their license.” Holliday carried on.