Caesars Join Hands with EBCI on a Casino Project in Virginia 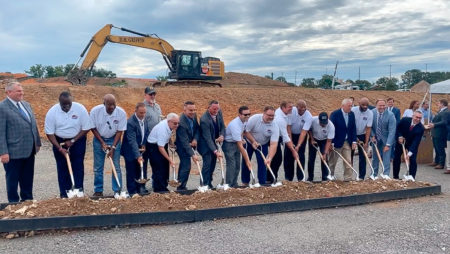 Caesars Entertainment, a Nasdaq-listed corporation with some of the world’s most well-known gaming brands, has announced a joint venture agreement with the Eastern Band of Cherokee Indians (EBCI), which will begin construction in Danville this week.

The budget for Caesars Virginia has increased from $500 million in September to $650 million, and the opening date has been pushed back from late 2023 to late 2024.

Caesars will oversee the new location, which will be operated with the assistance of EBCI and a local minority investor. In Virginia, the Caesars Sportsbook app is already available, and the company has collaborated with the Eastern Band of Cherokees.

Caesars Virginia is anticipated to be a full-service entertainment complex employing tens of thousands of workers in its construction and operation when it opens in late 2024.

The new hotel will feature 500 guest rooms, over 1,300 slot machines, 85 live table games, 24 electronic table games, a poker area for the World Series of Poker, and a sportsbook operated by Caesars.

Since 2021, the tribe has owned EBCI Holdings, which operates Caesars Southern Indiana Casino. The tribe and the casino struck a long-term agreement in the same year so that the Caesars name and the Caesars Rewards loyalty program could continue to be utilized in the Indiana location.

According to a news release from Caesars, the agreement will increase tourism and stimulate the local economy in Danville and the surrounding area. Additionally, thousands of jobs will be created in building and operation.

People in the Danville region will be able to appreciate the same splendor.

According to Caesar’s statement, Caesars Virginia will have over 1,300 slot machines, 85 live table games, and 24 electronic table games. In the plans are a retail sportsbook and a World Series of Poker-themed poker room.

The enormous resort will also feature a spa, a swimming pool, and a variety of upscale bars and restaurants serving gourmet cuisine. Guests looking for five-star entertainment can choose between a 2,500-seat live entertainment theater and a 40,000-square-foot convention center.

The new Caesars-operated casino is anticipated to attract new consumers and existing Caesars Rewards members from Danville and the rest of the United States.

It was hardly unexpected that the ECBI would get involved. Late in 2020, tribal officials proposed that they and Caesars collaborate on a project.

Richard Sneed, the CEO of EBCI, referred to the project as “an essential opportunity for our nation and its citizens.” He said that the company has worked successfully with Caesars for a long time and that the new arrangement strengthens this collaboration.

In addition, EBCI Holdings paid $250 million to acquire Caesars Southern Indiana in December 2020. Caesars agreed to provide the company with a long-term license to use the name as part of the arrangement.

Caesars has many locations throughout the United States renowned for their exceptional service, attractive rewards through their Caesars Rewards loyalty program, celebrity entertainment, and delicious food. We will bring these incredible items to Danville to enjoy the community.” Carano spoke more.

Chief Richard Sneed of the Eastern Band of Cherokee Indians approved the proposal and stated;

“This is a tremendous opportunity for our nation and our people. We are happy to expand our long-standing and fruitful cooperation with Caesars Entertainment into developing a world-class resort renowned for the luxury and service that Caesars’ visitors have come to expect.”