Circa Sports is Continuing to Grow

OnlineCasinoGames.com » Articles » Circa Sports is Continuing to Grow
Articles 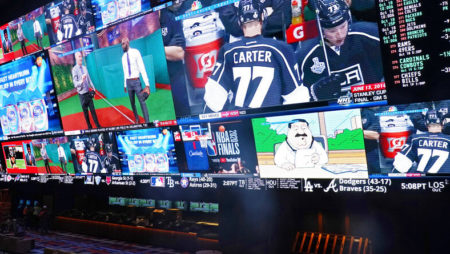 On Monday, Circa Sports’ founder and CEO, Stevens, and executives from Full House Resorts revealed intentions for Circa to launch a retail sportsbook at the proposed American Place resort in Waukegan, Illinois, as well as provide internet gambling through applications inside the state.

Full House will pay a $5 million access fee to Circa, which will be amortized over the first eight years of the deal, beginning when the sportsbook becomes online.
‘Heated up’

Circa will be at the American Place for eight years, with two four-year options at Circa’s discretion. It’s a revenue-sharing deal with Full House that guarantees a minimum of $5 million every year.

“For anyone who has seen that amazing three-story sportsbook at Circa in downtown Las Vegas, I’m looking forward to having the greatest sportsbook in the Midwest.”

“We want people to go into our sportsbook and think, ‘Wow,'” he explained.

In an interview Monday, Stevens added;

“We are incredibly excited to start operations in Illinois. In northern Illinois and Wisconsin, the demographic base in suburban Chicago will create a fantastic market for us.”

Circa already has locations in Nevada, Iowa, and Colorado, but the American Place location will be the company’s first outside of Nevada.

What is the Estimated Time of Arrival for the New Site?

The state of Illinois has given Full House permission to construct a temporary casino at the American Place location, and Stevens stated a sportsbook will be situated there at The Temporary by American Place.

A separate gambling section featuring betting kiosks, actual ticket windows, and digital boards with real-time odds will be available at the Temporary. On 36 televisions ranging in size from 60 to 80 inches, bettors will be able to watch games.

“We promised Illinois a premium gaming and entertainment facility, and that includes a first-class sportsbook experience.”

Stolyar said in an interview that the partnership with Circa should help both organizations expand.

The brand debuted at Stevens’ Golden Gate hotel in downtown Las Vegas and is now accessible to bettors in five locations across Southern Nevada, including a flagship facility at Circa Resort & Casino, which Stevens claims is the world’s largest sportsbook.

The D in downtown Las Vegas, the Tuscany on Flamingo Road, and The Pass in Henderson all have Circa stores. It revealed plans for a facility in the Legends Bay Casino in Sparks earlier this month.

Within Waukegan’s Fountain Square section, American Place is being built as a premium gaming and entertainment destination. There will be 1,600 slot machines, 100 table games, a 20-villa hotel, a 1,500-seat live entertainment arena, and a variety of bars and eateries inside the permanent casino. The first development will consist of 20 villas, with a 150-room hotel planned for the future.