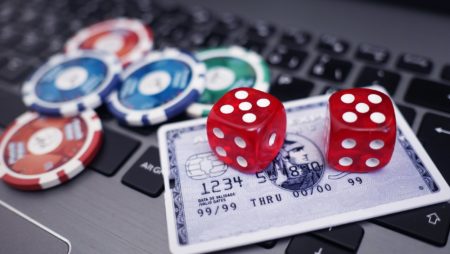 Regarding issuing licenses for online gambling, Germany is moving very slowly. Only Mernov, Tipwin, and Mybet have been approved in the past year.

The Fourth State Treaty on Gambling, which went into effect in Germany in July 2021, legalized online slots for the first time throughout the country, not just in Schleswig-Holstein.

The German regulations on online gambling are challenging to comprehend. After the Fourth Interstate Treaty, life should have been simpler. However, operators are discovering that this is not the case.

The treaty included several stipulations, such as a €1 limit per slot wager. Moreover, operators must pay taxes equal to 5.3% of their income.

Because each state has numerous regulations, some of which create state-controlled monopolies, businesses such as The Kindred Group have been forced to close.

The Deutsche Sportwettenverband (DSWV) and operators have stated that the regulations make it difficult to run a business.

After the treaty entered into force, there were no online slots or poker licenses for nearly a year. After lengthy inaction, operators are finally beginning to see progress.

Tipwin, the most popular sports betting website in the nation, can now offer slot machines on a new section of its website.

Currently, you can only play virtual slot games at Tipwin, as it is the only site with a valid license. This week, the Halle State Administration Office, responsible for issuing licenses, issued the permit.

The most recent list of approved gaming operators, updated on June 21, includes Tipwin as an online casino games provider. It now possesses the identical license as Mernov and is the only German company to do so.

Additionally, Tipwin is the first company in the nation to obtain a gaming license for sports betting.

When the license arrived, Tipwin had cautious optimism. However, the company stated that it would “carefully examine all other provisions” of the license agreement.

Then, it will determine whether any of these rules are susceptible to legal challenge. Tipwin also stated that it would engage in a “constructive exchange with the competent authority” to ensure that the resulting requirements are legal and can be implemented.

Since 2014, the Maltese provider has conducted business in Germany. Additionally, on October 9, 2020, the company was granted permission to offer sports betting in Germany.

In February, it was announced that a new sponsorship agreement had been signed with the German Basketball Federation.

Dr. Damir Bohm, head of Tipwin’s legal department, stated that Germany and licensed operators should pay greater attention to the market for unlicensed providers. They should collaborate to eliminate these platforms to improve the legal market.

Mernov is authorized to provide virtual slot machines on its gambling websites, JackpotPiraten.de and BingBong.de. Each establishment is now open and accepting customers.

But Ruleo has not officially announced its plans for an online casino to the press. In addition, its sports betting website makes no mention of online slot machines. Therefore, it is difficult to predict when the company will launch its online gaming operations.

We are still uncertain whether the licensing process will be expedited now. By issuing licenses consecutively, Germany established a new record for its new online gaming market, which could result in more operators entering the market.