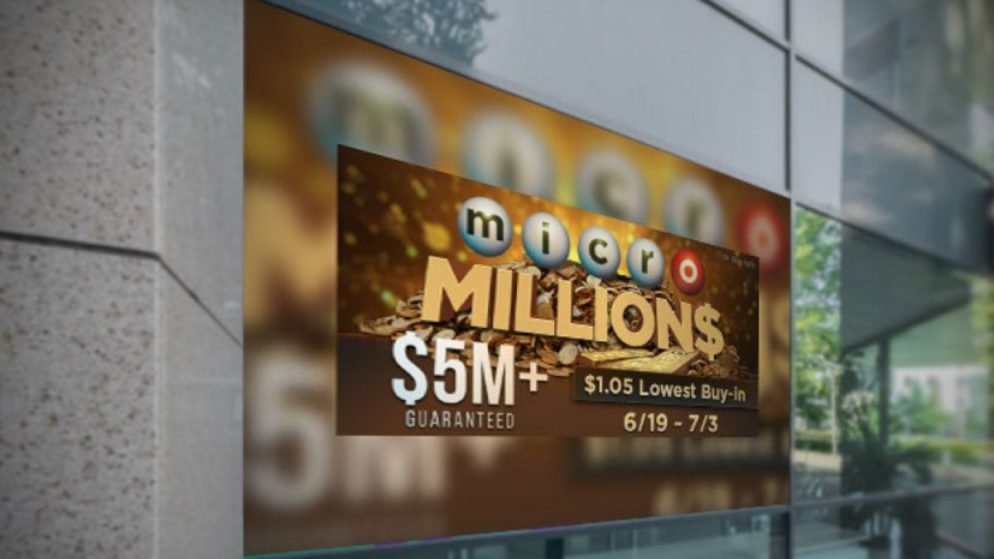 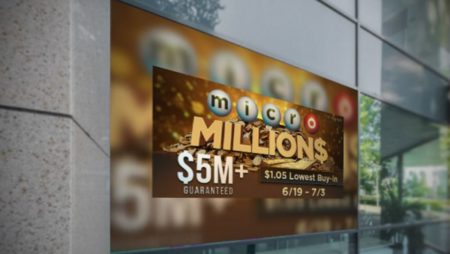 GGPoker is launching a new series of online poker games designed for players with minimal stakes. This week, the website’s new microMILLION$ series, which will run from June 19 to July 3, was unveiled.

Each event is inexpensive, as the cheapest buy-in is $1.05 and the most expensive is $25. Throughout the series’ tournaments, participants will vie for around $5 million in prize money.

The series’ most captivating segments are:

There will be a great deal to learn about the new microMILLION$ program. The inaugural event of the series is the $8.888 Sunday Asia Kick-Off with a $15,000 prize pool. The $2.50 Sunday Monster Stack begins one hour later with a $12,500 prize pool.

Click up and register for the Bounty Hunters Sunday Special, which costs $10.50 and has a prize pool of $50,000 if you want to try to win extra money.

There are several occasions in which players wish to participate. The prize pool for the $5 entry-fee Mini Global$ tournament will be $250,000. Mystery Bounty is an additional popular event. The entry fee is $10.50, and there is a $1 million prize pool.

Earning a Seat to Compete

As with most online poker series, it is possible to obtain seats for microMILLION$ events. Most operators, including GGPoker, offer satellites or qualify for entry into the series’ major tournaments.

GGPoker intends to give away thousands of free tickets to Bonus Chance freeroll participants. Each day will feature two competitions.

Whoever does not finish the money in the series events will be immediately included in the freerolls. The freeroll will occur the next day. GGPoker players will receive complimentary tickets valued at over $100,000.

Most of GGPoker’s series and regular tournaments, including the Super MILLION$, are extremely popular. Given that the buy-in for microMILLION$ is minimal, it is not surprising that each event’s guarantee will be reached or exceeded.

Observing how the series begins and how many competitors will participate in each event will be intriguing. As the series begins, keep looking for updates at the most refined online poker room.

GGPoker is giving away thousands of tickets to microMILLION$

There is something for everyone on the two-week tournament calendar, including two $1 million guaranteed tournaments. There are $1.05 buy-in tournaments, daily satellites, and freerolls.

The daily freerolls are what truly distinguish this series. They vary because GGPoker awards players who do not make money a ticket to the following day’s freeroll satellites.

This totals more than $100,000 in freeroll prizes throughout the series. This means players always have a second opportunity to win money at microMILLION$ events.

GGPoker has risen to the top of the online poker rankings over the past three years by innovating and occasionally imitating other sites’ strategies.

Most people believe that imitation is the highest form of flattery; thus, PokerStars staff should be pleased that microMILLION$ appears to be based on their idea.

In the past decade, though, PokerStars’ MicroMillions tournament has frequently won more than its guarantee. Therefore, for GGPoker to become the best at low-stakes MTTs, microMILLION$ must surpass its $5 million guarantees.