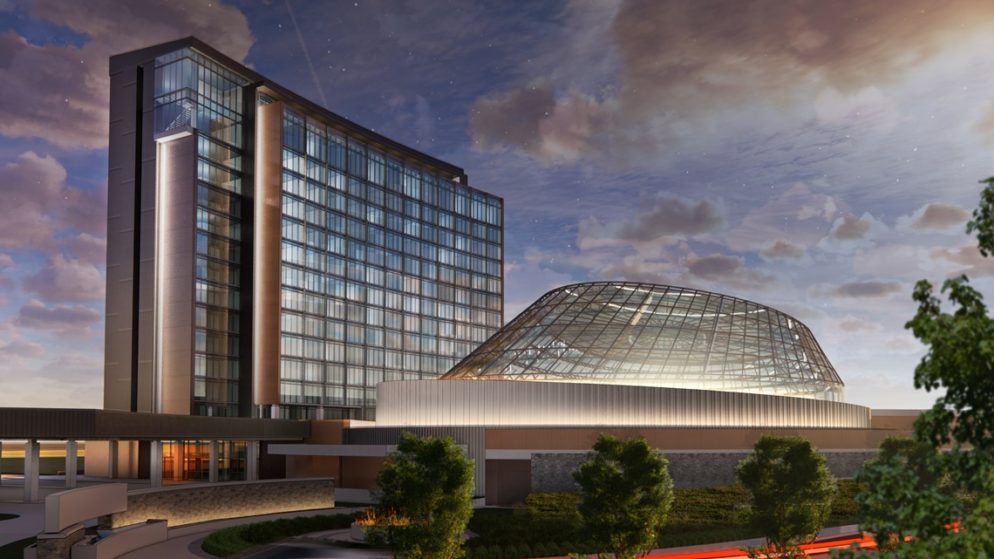 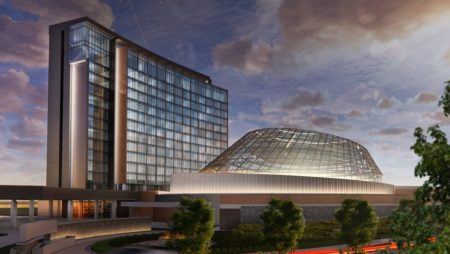 On Thursday, a groundbreaking ceremony was held at the Gun Lake Casino for a $300 million project that would include a 15-story hotel and a large-scale “Aquadome” with three pools and the potential to change into a concert venue and conference center. The project will also cost 300 million dollars.

Gun Lake Casino will be transformed into Gun Lake Casino Resort as a result of the development, as stated by the CEO Sal Semola. The expansion will bring more non-gaming entertainment features.

When Will This Open?

March of 2025 is the projected opening month for the 252-room hotel and six-story Aquadome, both of which will be situated on the western side of Gun Lake Casino. The casino may be found in Wayland Township, just east of U.S. Route 131, about in the middle of the corridor that runs from Grand Rapids to Kalamazoo. The Gun Lake Tribe has been the owner since it first opened its doors in 2011.

The groundbreaking ceremony took place on Thursday, and during it, renderings were shown of the hotel’s modern rooms, which feature blue upholstery, hardwood flooring, and huge windows.

The hotel features a total of 30 suites, some of which are two stories tall and located on the upper levels. The design of the enlargement, which the authorities are referring to as phase five, is being supervised by HBG Design, which has its headquarters in Memphis, Tennessee.

The chairman of the Gun Lake Tribe, Bob Peters, stated that the upcoming hotel and Aquadome will be “amazing” and “unlike anything else you’ve seen in this area.”

It is anticipated that the hotel and Aquadome would result in the creation of 350 new jobs at the casino, which now employs around 1,200 people. Over 2,500 slot machines, 47 table games, and three dining options can be found within the casino. According to a representative for the casino, there are around 3 million people that visit it each year.

After the groundbreaking, Semola compared the Aquadome, which will have palm trees, tropical flora, and a temperature of 82 degrees all year round, to a “one-of-a-kind and appealing paradise.”

The facility, which is 32,000 square feet in size, will have three swimming pools: one for families, one for individuals over the age of 21, and another for VIP guests. In addition to that, there will be a stage there that can hold up to 2,400 people for live performances.

The extension will also include a new restaurant called Sandhill Café, that will have 137 seats. This will be in addition to the hotel and the Aquadome.

Why Would This Work?

Semola stated that once the hotel and the Aquadome open, Gun Lake Casino anticipates receiving an increase in customers from all around the state of Michigan.

At the moment, the majority of the casino’s customers come from a distance of thirty to sixty miles away. On the other hand, he has high expectations that the expansion would bring in gamblers and families from all across the state, especially Southeast Michigan.

He mentioned that the FireKeepers Casino Hotel in Battle Creek, the Four Winds Casino in New Buffalo, and the Soaring Eagle Casino & Resort in Mt. Pleasant are some of Gun Lake’s most formidable rivals.

In looking to the future, he stated that the hotel and Aquadome also delivers a significant advantage to the economy of West Michigan as well as the tribe, pointing out that the project would result in the creation of temporary construction employment.

“Not only does Phase 5 address a present requirement, but it is also going to secure the financial sovereignty of the tribe for the long-term, not just for today but also for future generations.”