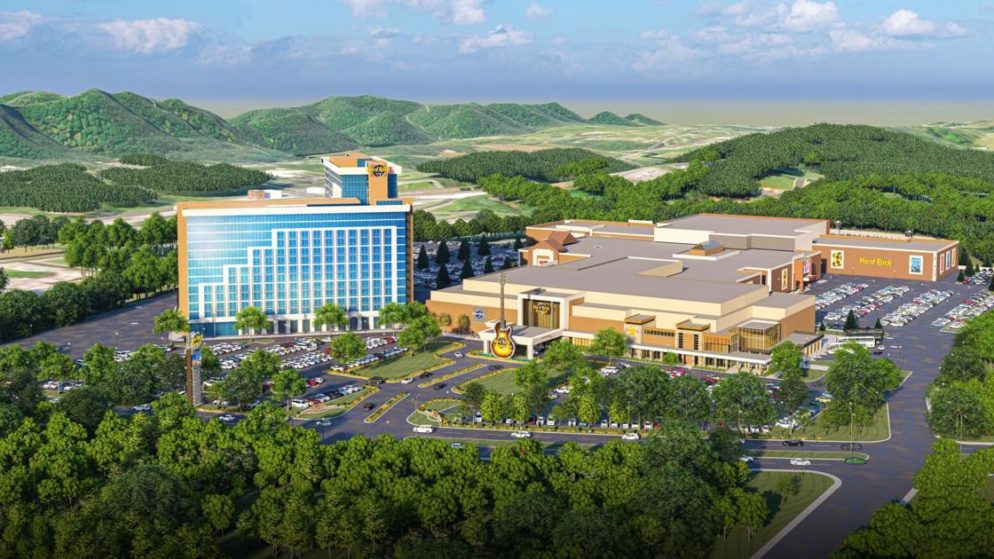 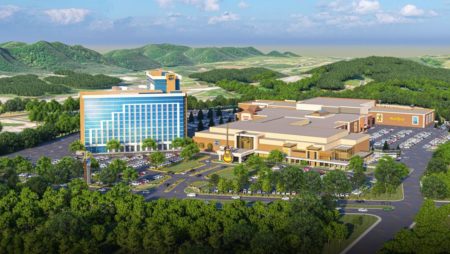 Hard Rock Hotel & Casino Bristol held a ceremonial groundbreaking of its temporary 30,000-square-foot gaming floor inside the former Bristol Mall this week. Company executives told attendees that they should expect the first legal wager to be placed in the Virginia-Tennessee border town in the second quarter of 2022.

Bristol is one of the four cities in Virginia that has approved building a single casino resort. The four cities consider gaming as an economic stimulator.

Hard Rock Bristol is a more than $300 million project that will result in two new hotel towers at the former mall site. The permanent casino will contain a sportsbook, 100 table games, and 2,700 slot machines. The resort will feature 750 hotel rooms, a 3,200-seat concert theater, a spa, a convention center, and several bars and restaurants. In addition, the resort destination is set to have an outdoor space with a capacity for 20,000 people.

The resort’s grand project is expected to take three years to finish. However, wagers will not have to wait long to place their first bet. Hard Rock executives say a 30,000-square-foot temporary casino with 20 table games and 900 slot machines will open sometime between April and June. The temporary gaming floor is expected to cost $400,000 to build.

Besides Bristol, casinos were approved in Portsmouth, Danville, and Norfolk.

While work is in progress at the three other casinos, some residents in Bristol feel like their resort has been delayed. However, officials managing the project say much is going on behind the scenes.

Bristol’s casino plan comes from Virginia two businessmen Clyde Stacy and McGlothlin. The two were largely involved in bringing Virginia commercial sports betting. They led the early campaign to urge legislators in Richmond to pass a bill to allow struggling cities to use a casino to boost regional investment.

Stacy and McGlothlin have been friends for decades, their friendship dating back to their high school days in Bristol. Through their respective businesses, Par Ventures and The United Company, LLC, the two have acquired extensive wealth through the coal industry.

In 2018, the two area business leaders made a bet on a new industry: casino gambling. After experiencing the mall close and hundreds of jobs lost, the two partnered to create a “moonshot” of economic activity for Bristol. After purchasing the mall but failing to create new businesses, the two turned to sports betting.

“The casino is something Jim and I believe is going to be long-lasting and mark on Bristol,” explained Stacy as he was honored as co-Bristolians of the Year in 2020 with McGlothlin. The award was granted to the two by the Bristol Herald Courier.

The temporary casino inside the former mall will need about 600 employees, Hard Rock opines. The provisional casino will be housed inside the former Belk department store. Besides table games and slot machines, the gaming floor will offer a sports bar and lounge, restaurant, and smoking area.

Stacy and McGlothlin unveiled their partnership with Hard Rock International in November 2019.