Hard Rock Takes Over the Mirage 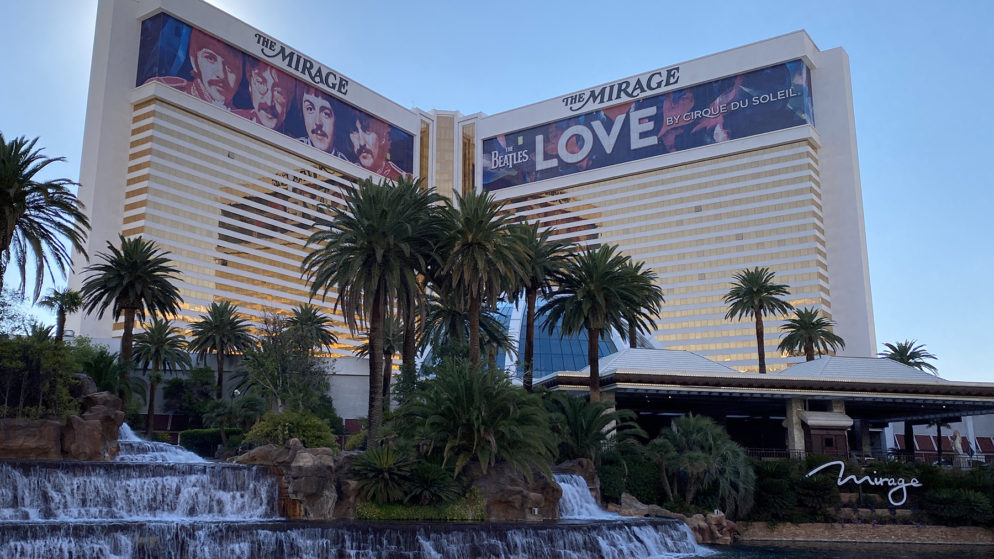 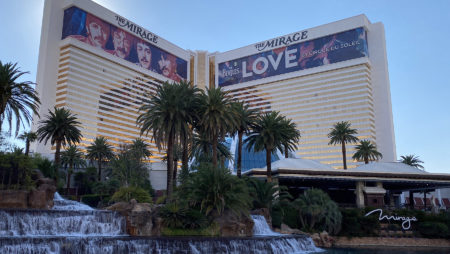 The revelation last month that Hard Rock Entertainment and MGM Resorts International had struck an agreement to convert the Mirage into a new Hard Rock Las Vegas hotel and casino may have slipped under the radar a little.

The Super Bowl will be held in Las Vegas in 2024, as was revealed around the same time, and another COVID boom over the Christmas season was clearly making headlines.

In one of the most important Strip transactions in years, Hard Rock is buying the Mirage’s businesses for $1.075 billion. The Hard Rock resort brand is owned by Seminole Gaming, and this will be the first time a tribe gaming firm operates a casino resort on the Strip.

The acquisition is slated to finalize in the second half of 2022, and all eyes will then be on the historic site between Caesars Palace and Treasure Island, waiting to see how this transformation unfolds.

What is Hard Rock Planning?

Hard Rock plans to construct a new hotel tower in the shape of a guitar, similar to the one that opened in Hollywood, Florida, in 2019. This isn’t just a rebranding; the whole 77-acre property in the heart of the Strip will be rebuilt, including all 3,000 hotel rooms. The Mirage will be demolished, and in its stead will be a Hard Rock Hotel that is substantially different from the one that opened east of the Strip in 1995.

Hard Rock is a fantastic brand, and many of us still remember its original Vegas casino, which is now known as Virgin Hotels Las Vegas. It will be fascinating to observe how the new version improves the experience while still complementing the Las Vegas Boulevard scenery. A hotel in the shape of a guitar would be more appropriate here than anywhere else.

But we’re talking about the Mirage here. The Mirage was the origin, the basis, of everything Las Vegas has become for my generation of Vegas lovers and followers.

The Mirage, which debuted in 1989 and was designed, funded, and operated by Steve Wynn, revolutionized the way casino resorts are planned, built, and operated, paving the way for future megaresorts and the Strip boom that followed.

It was also the first contemporary Vegas experience that went beyond gaming and traditional entertainment. There was so much more to see and do at the Mirage than there was at the Sahara, Stardust, or Riviera in previous generations, which is perhaps why we are more emotionally tied to it.

How Will People Cope With the Mirage Leaving?

The clientele of those traditional casinos were understandably unhappy to see them go, but the looming loss is made all the more poignant by the depth of the Mirage’s experience throughout the years.

It’s hard to envision the Strip without the erupting volcano, the rainforest atrium, the dolphin habitat, or Siegfried and Roy’s Secret Garden’s lions and tigers. These are iconic Las Vegas landmarks that have nothing to do with gambling.

Cirque du Soleil initially performed on the Strip in a parking lot tent at the Mirage in 1993. As a result, Wynn enlisted the help of Mystère to create Treasure Island, setting Cirque on its present path. We’re not sure what will happen to Cirque du Soleil’s amazing The Beatles Love, which has been performing at the Mirage since 2006, but it appears to be a good fit for the new Hard Rock.

We also have no idea what will happen to the volcano or the tigers. MGM Resorts will keep the Mirage name and brand and may build a new Mirage property in Las Vegas or elsewhere.