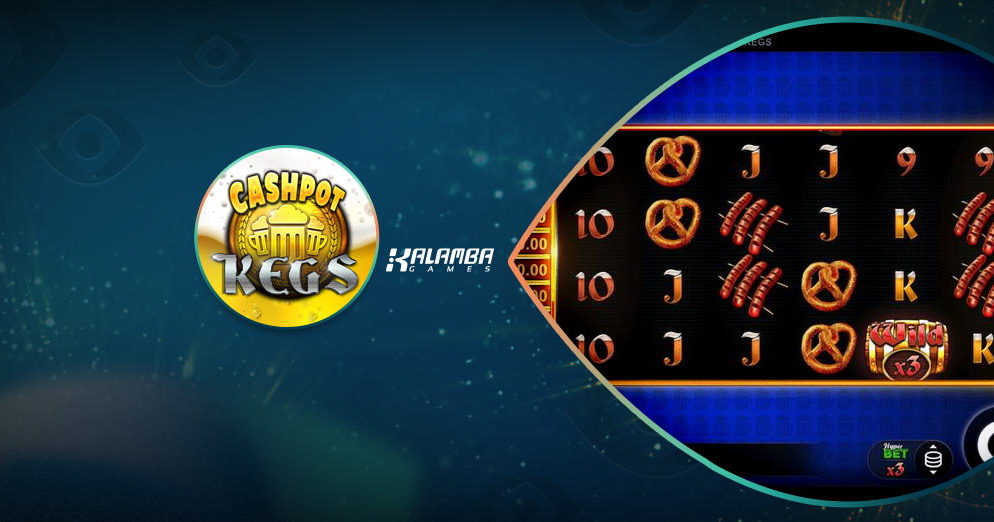 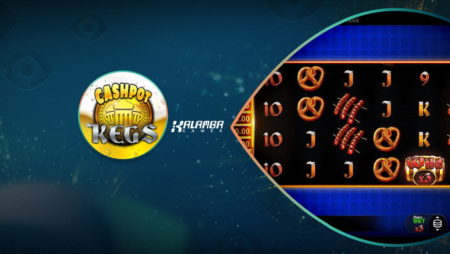 Cashpot Kegs, a new slot machine from Kalamba Games, is a tribute to drinking beer with friends. Cashpot Kegs, the latest game from the multinational gaming studio based in Malta and Krakow, is already a hit. This is no surprise, given that beer-themed games are popular with players.

The game’s icons are all very German, including bratwurst, accordions, enormous pretzels, and a significant number of steins! This classic-style, high-volatility slot machine with a 97.34 percent RTP and 40 pay lines is designed to help you win money rapidly.

This classic-style, high-volatility slot machine with a 97.34 percent RTP and 40 pay lines is designed to help you win money rapidly.

As with most slot machines, the lowest-paying symbols in this game are the standard A-through-J royals, which pay between x0.08 and x2 the player’s wager depending on how many matches in a single spin.

Among the valuable prizes are a large pretzel, three grilled brats, an accordion, and a beer mug filled with golden suds. The cup of beer is the most valuable of the common symbols, with a value between x0.25 and x25 for three to six identical mugs.

In line with the Oktoberfest theme, the game’s lowest-paying symbols are the card values 9 through A. From the leftmost reel, three to six identical symbols on adjacent reels pay between x0.1 and x2.5.

The next most costly items are the pretzel, the sausages, the waldzither, and the beer stein. Similar to the royal symbols, the game awards payouts ranging from x0.20 to x20 the wager based on how many appear in a single play.

In addition, the game features multiplier symbols that can substitute for all symbols outside the bonus and Cashpot symbols. When included in a winning combination, they increase the payout by the symbol’s value.

The Cashpots function is associated with gold coins depicting three beer steins. The nine available levels are on the left side of the game’s display. The amount you win depends on the number of coins on the reels.

Cashpot Kegs has nine levels feature players appreciate because they can win money quickly. The free spins option is activated when three or more scattered bonus symbols appear on a single spin in the base game.

This option pays two to ten times the amount wagered. Players who fill the bonus meter at the top of the grid will receive three additional free spins.

In addition, the popular HyperBet feature allows players to increase their chances of winning and customize the bonus round by selecting the number of free spins and the wild multiplier value, which can range from 1x to 10x.

In addition, there is HyperBonus, which allows the player to quickly purchase an additional feature with varying starting free spins and wild multipliers.

The Hyperbet option provides players an additional way to improve their odds of winning. Customers can select the initial number of free spins and the multiplier value for the wild symbol, which ranges from x1 to x10.