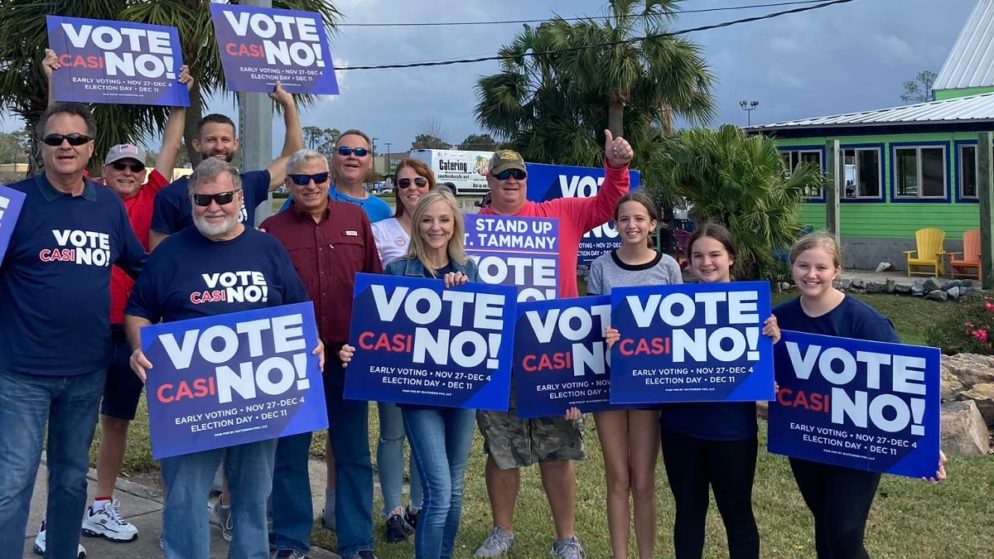 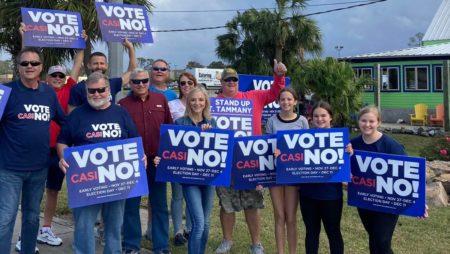 A Louisiana casino project known as Camellia Bay Resort on the Lakeshore Marina in Slidell met its fate on Saturday last week. And it wasn’t one the developers of the proposed $325 million had hoped for.

During Saturday’s delayed election, voters in St. Tammany Parish faced just one question. Parish residents were asked whether they wished to allow the casino operator to relocate its gaming privileges from Bossier City to a designated region along Lake Pontchartrain, just southeast of Interstate 10 at Exit 261.

The casino project was rejected by a 26-point margin, with 63% of voters opposing it. The measure was the only item on St. Tammany’s ballot. Voter participation in the election was over 30%, far higher than typically experienced for a local referendum.

“Our community has spoken!” Stand Up St. Tammany, one of the anti-Slidell casino groups, exclaimed. “It was a tremendous effort of monumental proportion against the largest monetary insert in the history of Louisiana.”

“We are so proud of the turnout and so proud of the fact that the West and the East side of the parishes STOD STRONG TOGETHER to overwhelmingly vote one way!” added the Stand Up St. Tammany statement.

St. Tammy has never allowed casinos or truck stop video poker operations within its borders. The parish voted to ban sports betting in 1996 when the casinos were starting to open in Louisiana.

However, Peninsula Pacific Entertainment worked hard to reverse that ban this year. The sports betting company has been trying to move a casino license in Northwest Louisiana to the state’s southeastern part for years.

Peninsula Pacific permanently closed DiamondJacks amid the height of the COVID-19 pandemic. The California-based casino operator looked for a more attractive operating market and believed it had found one in St. Tammany.

In a statement, P2E said the company is disappointed in the election result but “grateful for all the created relationships and the time that the community invested in Camellia Bay.”

The vote is a significant loss for P2E. The company spent $5 million on its campaign. Peninsula Pacific also donated $1 million to Hurricane Ida relief efforts, the strongest Category 4 destructive storm that delayed the planned November 13 voting until Saturday last week.

Some local leaders believe the casino election dismissal is also a significant financial loss to St. Tammy and Slidell. P2E has pledged with a successful vote outcome to construct a $35 million community athletics complex next to the resort and contribute another $5 million to the building of the Slidell ring levee.

With St. Tammany’s unwelcoming Peninsula Pacific, the election puts the company’s Louisiana casino license in jeopardy. The Louisiana Gaming Control Board has the authority to revoke the license. Another option could be for P2E to reopen DiamondJacks in Bossier City.

The election rejection for the Slidell casino nevertheless should satisfy an ongoing case challenging the legality of the St. Tammany referendum. A group was contesting in court, in a complicated matter that arrived in the Louisiana Supreme Court, whether a local ballot referendum authorizing gaming in a single location is allowed under the Louisiana Constitution.

The complainants’ claimed local gaming referendums must legalize gaming in the whole parish, not a specific area. They worried a lot of casinos could come to the region with a December 11 vote favoring P2E.