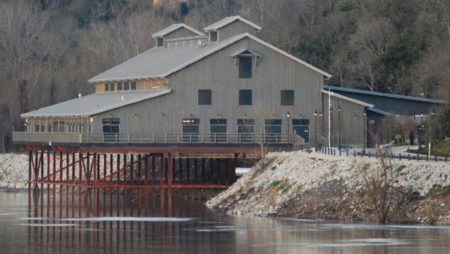 The Natchez’s Magnolia Bluffs Casino and Hotel has been sold. It was a process over the past few months, but it was best for the community.

“While this was a difficult choice for our partnership, we are certain that it will place our employees and loyal guests in the best possible hands,” said Kevin Preston, partner and president of Magnolia Bluffs Casino and Hotel.

“We wanted to make sure we picked the perfect firm that shared our values and love for the community and our team members here at Magnolia Bluffs Casino and Hotel because of our long history here in Natchez. We’re convinced that the Saratoga team will be equally as concerned about the community in which we’ve worked for the last 11 years, as well as our team members and local companies that have had such a significant effect on our operation.”

“We are thrilled to add Magnolia Bluffs Casino and Hotel to our portfolio of gaming properties and further diversify our company. We are dedicated to providing first-class gaming facilities, and we accomplish this by building long-term connections with our visitors, team members, and the communities we serve. We are excited to welcome Magnolia Bluffs guests and staff to the Saratoga family.”

“It will probably be August or September before it is formalized via gaming. Saratoga bought the whole lease arrangement we had with the city, so there would be no loss to the city.”

What Will the Purchasing Firm do?

He said that the new firm bought the name as well and that he does not expect it to change. The Magnolia Bluffs transaction is not involving Louisiana Downs, which is held by a Preston-founded firm, according to Heidelberg.

“Kevin hasn’t given up on Natchez,” Heidelberg added, “and we’ll be looking at other options outside of gaming.”

When Natchez Mayor Dan Gibson learned of the transaction, he expressed mixed emotions.

“It has come as a complete shock. My first reaction is to express gratitude to Kevin Preston and his colleagues for everything they’ve done to construct this property — the casino and hotel — and to create so much employment and economic growth in Natchez,” Gibson said.

“My second idea is to hope that the new owner will continue to do so. Anything that may have an impact on those personnel is the last thing we want to see. My prayer is that everything will work out and that everyone will be well.”

Gibson expressed interest in meeting the new owners and assisting them in any manner the city can.

“We expect and look forward to them being vital members of the Natchez community,” he added.

“We also wish Mr. Preston the best of luck. What are the chances? Perhaps he’ll come up with something new here. I’m sure he adores Natchez.”

Magnolia Bluffs Casino Hotel, which opened in 2012, has over 450 slot machines, 14 table games, a restaurant and bar, a sportsbook, and a 141-room hotel off-site in Natchez.

Saratoga Casino Black Hawk, in the historic town of Black Hawk, Colorado, has more than 380 slot machines, six table games, a full-service restaurant and bar, and a range of other amenities.