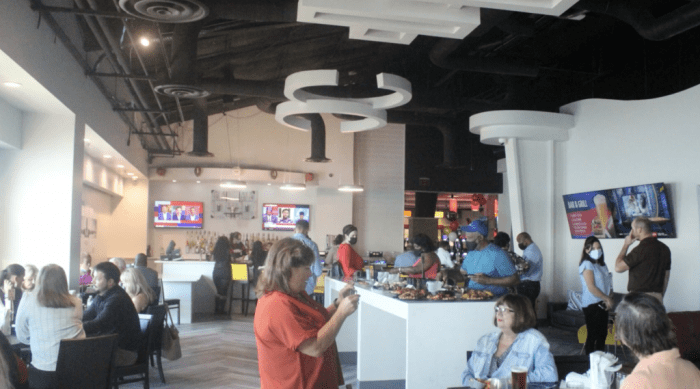 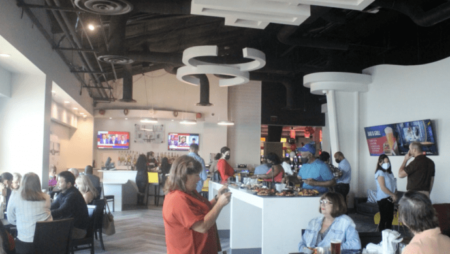 On Thursday, a crowd gathered at the Magnolia Biffs Casino in Natchez, Mississippi, as casino management and city officials exhibited the facility’s renovated sportsbook, called Playmakers.

Sports wagering had been in place at the casino on the Mississippi River in the southwestern Mississippi town for the last three years. No longer after the state became the first to allow sports wagering after the US Supreme Court overturned PASPA in May 2018.

Founder and president of casino owner Premier Gaming Group, Kevin Preston, said the first approach to sports wagering was to provide something small and observe where it went. As the demand spurred both for sports waring and sports bar in town, Preston told Casini.org that he knew that there was an opportunity.

The new sportsbook contains 40 televisions, including a screen bigger than 18 feet diagonally, and a studio area for the ESPN radio station out of Baton Rouge, La., to broadcast events. In addition, there are separate dining areas and a private room.

A small, independent casino, Magnolia Bluffs operates its sportsbook instead of partnering with a national operator. Preston said that helps the casino to handle Playmaker’s operations more effectively.

Speaking with Casino.org, he said,

“That way, we are managing our risk and making sure that we are maximizing the dollars coming into the book. It just makes more sense for us. If we were bigger and in bigger metropolitan areas and had six, seven, eight properties, maybe it would be worth it. But for these smaller, niche markets, to me makes much more sense.”

IGT partners with the casino, offering its PlaySports platform for the Playmakers brick-and-mortar sportsbook.

“We can drive a lot more revenue to the bottom line, which is great.”

Asher takes over at IGT

Earlier this month, IGT revealed that Joe Asher came on board to serve as the gaming company’s president of sports wagering. Asher founded Brandywine Bookmaking in 2008 and later joined William Hill as the CEO of its US division after the British-based sports wagering operator purchased Brandywine in 2012.

In a statement to Casino.org, Asher revealed that larger and small independent operators use IGT’s platform to expand their sportsbook venture.

“Leading brands such as FanDuel and PointsBet partner with IGT for their retail sportsbook, while operators such as Resort World Las Vegas and Boyd Gaming use our mobile app,”

“And customers like Sky Dancer Casino, Pearl River Resort, and the Oneida Tribe use our turnkey offering, which includes trading services. No matter the size of the casino operator’s business, IGT has a product that can be utilized to offer a first-class sports betting product to their customers.”

Expansion likely on the horizon

Currently, Preston’s firm only runs Magnolia Bluffs, but it may add another soon. As the Mississippi casino opened its renovated sportsbook, the Louisiana Gaming Controlled Board approved Caesars Entertainment’s Louisiana Downs sale to Rubico Acquisition corporation.

In addition, Preston serves as the acquisition corporation president.

The Louisiana Racing Commission must also approve the sale. The commission is expected to meet on Tuesday to discuss the transaction. According to a Louisiana Downs report, the sale could close within days if racing commission executives approve the $22 million sales.