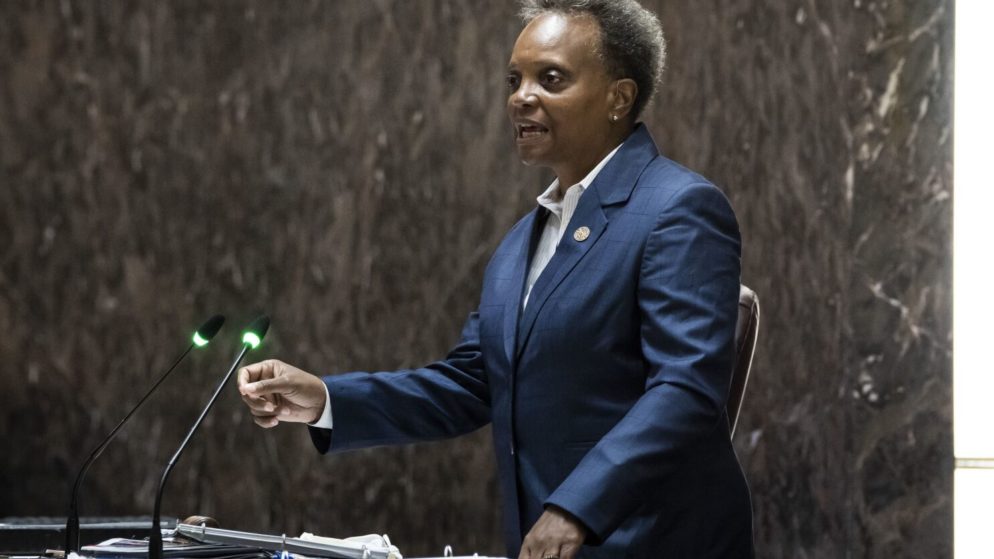 Chicago Mayor Lori Lightfoot has boosted the stakes for the city’s casino bidders in a drive to secure the facility.

According to Crain’s Chicago Business, which cited anonymous sources close to the subject, the city is asking $75 million from the winner picked from the three finalists or a guarantee to pay $40 million upfront and $2 million a year afterwards from the winner.

When it comes to the Tribune Publishing Center in River West, Bally’s has already offered the city $25 million upfront if they are picked. One of Rush’s Rivers-branded casinos is being considered for construction at The 78 in the South Loop, while Hard Rock is looking at the proposed One Central development on the Near South Side.

The mayor’s proposal to charge the winner tens of millions of dollars is the latest hurdle to clear in the city’s years-long plans to build a casino that, according to Lightfoot, could generate $200 million in annual tax revenue and relieve taxpayers of a large police and fire pension obligations.

What Have the Aldermen said?

Local aldermen and citizens who live in or near the finalists’ sites have expressed opposition to a casino construction in their neighborhood, and some city officials have speculated about the possibility of reviving the McCormick Place ideas that were rejected earlier this year.

Alderman Tom Tunney, of the 44th Ward and chairman of the Chicago Casino Committee, hopes to have a final decision made by the end of the month and to have permission from the Illinois Gaming Board by the end of the fall.

The community meetings held for each of the three finalists drew a slew of critical remarks from the attendees.

How did the City Treat Each Proposal?

According to Reilly, the city only charged one $300,000 application fee to the Bally’s ownership group for both of its proposals, including the one that was ultimately rejected near the McCormick Place campus, while charging two separate fees for the Rush Gaming Rivers proposals, one at each of the sites that the company was interested in pursuing.

Because Bally’s ownership group for each of its casino sites would have been the same, Lightfoot’s administration claimed that the application fees were handled differently because the Rivers brand would be used by separate owners for the casino components at both Related Midwest’s The 78 development and the discarded McCormick Place proposal by another owner.

“We’re the only bidder who’s providing (the city) $25 million (upfront) to construct the facility,” Bally’s CEO Soo Kim said on Friday afternoon. “We agreed to pay the fees that were requested. Isn’t it true that we would have sent an additional $300,000 if they had asked us to?”

Kim has also stated that he intends to remove an option from the casino deal that allows minority investors to be bought out; the city has requested a minimum of a 25 percent minority stake in the casino. Bally’s is just a few weeks away from announcing the release of its new minority investment program, which already has pledges totaling $200 million from more than 200 investors.