MGM Reaches a Settlement for the Las Vegas Shooting 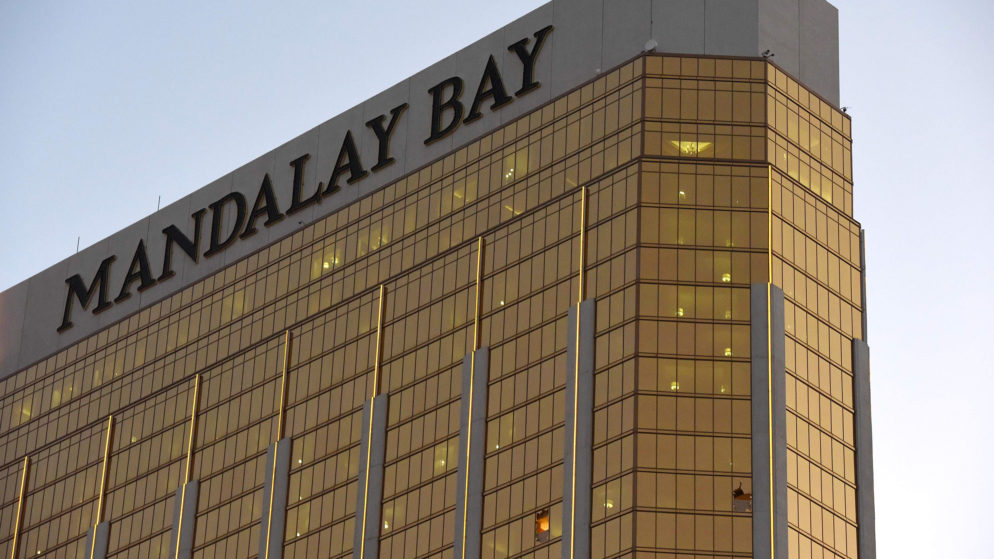 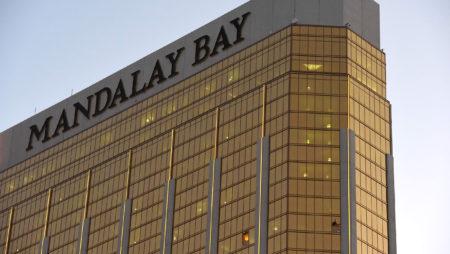 (FILES) In this file photo taken on October 4, 2017 broken windows that Stephen Paddock fired from in the The Mandalay Bay Hotel and Casino are seen in Las Vegas, Nevada. - A US court on September 30, 2020 approved an $800 million settlement for victims of America's worst mass shooting -- a rampage that left 58 dead and more than 800 wounded in Las Vegas. In the October 2017 massacre, a man named Stephen Paddock opened fire with high-powered rifles from the 32nd floor of the Mandalay Bay Resort and Casino, unleashing more than 1,000 rounds as he mowed down people among a crowd attending an outdoor country music festival. (Photo by Robyn Beck / AFP) (Photo by ROBYN BECK/AFP via Getty Images)

One of the most horrific shootings in the United States happened at an MGM Resort in 2017. While a country music festival was going on across the street, shots were fired from the Mandalay Bay Hotel. The shooting was one of the worst mass shootings in US History and caused a lot of frustration throughout the country.

There were a lot of skeptics and conspiracy theorists who thought about the shooting and voiced their opinion on it, but the fact remains that many people unnecessarily lost their lives. With it happening from an MGM Resort room, there was a lot of anguish towards MGM, but MGM did not think they should be considered responsible.

One of the most surprising turns of the lawsuit was that MGM actually countersued the victims and the families. They had said that those who labeled MGM Resorts as responsible created irreversible friction within their company between workers and guests. The lawyers for the victims and their families were adamant that MGM Resorts should be held accountable for the actions of that night.

MGM opted to sue the victims, and it did not go as planned. They sued over 1,000 people hoping that they would not be held liable in the event, and the lawsuit did not get very far before being shot down.

This was partly because the public became outraged that MGM Resorts was trying to take money from the victims’ families. They also sued the survivors even though they were shot and survived. That made the survivors have to go through the ordeal as well.

MGM Owns up to the Mistakes

MGM Resorts finally realized that the potential money they could gain from the lawsuit probably would not help their public image. MGM finally owned up to the mistakes that they had made, and the MGM Resort’s insurance paid in the range of $735 to $800 million to close to 2,500 people.

An independent claims administrator is in charge of handling the distribution of money to be as fair as possible. However, no amount of money can reverse the suffering of that evening.

While receiving the money cannot bring back loved ones, the payment will create some sort of closure for most victims. There is also some hope that the amount of money that MGM Resorts had to pay will force some hospitality and gaming providers to bolster their security at the venues.

After the lawsuit was settled, some families still said that the payout did nothing to create closure. Those families wanted MGM Resorts to develop a plan of action going forward to help situations like this not happen again across the country.

MGM Resorts was at fault because they allowed a man to get dozens of guns up to a room in Mandalay Bay. The security was lacking, and many lives were lost because of this. When MGM Resorts allowed this to happen within their facility, they were at fault.

MGM has since increased security at their facilities and has, in some cases, added measures to check luggage before coming into a crowded hotel. This has been some of the closure that families have needed in the wake of tragedy.

There have also been other gaming and hotel venues that have created stances on this issue to prevent another tragedy.