Nebraska’s Casino Rules are Being Looked at

OnlineCasinoGames.com » Articles » Nebraska’s Casino Rules are Being Looked at
Articles 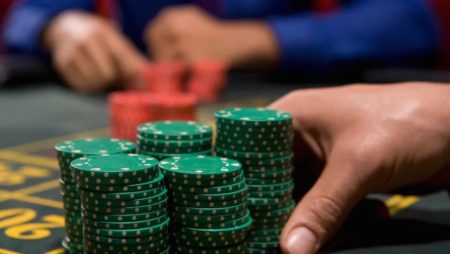 Those are necessary measures for businesses that want to run casinos at the state’s horse racing facilities, but they won’t be implemented until state authorities approve and complete casino operating laws.

How is the Process Coming Along?

The procedure is progressing slowly as lawmakers and the gaming sector are taking a very close look at the regulations. They want to ensure that no stone is left unturned within the gaming sector.

The Nebraska Attorney General’s Office returned a draft of proposed casino regulations to the Racing and Gaming Commission at the end of last week for minor revisions and corrections, according to Tom Sage, executive director of the commission. He expects the changes to be made and the rules to be sent back to the office this week.

The 67-page bundle of proposed regulations was authorized by the Racing and Gaming Commission on Dec. 17, and it was delivered to the Attorney General’s Office on Jan. 12.

Sage said he hasn’t been told how long the Attorney General’s office will take to finish its assessment, but “I think it will be quite rapid,” he said.

Attorney General Doug Peterson’s spokesman, Suzanne Gage, has not given a comment on the matter but is expected to release a statement soon.

The guidelines will be sent to Gov. Pete Ricketts for review and approval when Peterson’s office completes its evaluation. The regulations will then be sent to the Secretary of State, where they will take effect a week later.

What Would Happen After This?

Given the remaining stages, any horse racing track hoping to open a casino will most certainly have to wait until the summer at the earliest.

The Racing and Gaming Commission’s approval of the license would allow the casinos and race tracks to apply promptly for a license. However, Sage said the process of reviewing applications and conducting background checks could take up to 60 days, after which the commission would vote on the license applications.

He stated that the commission has not yet recruited background investigators but that it is in the process of doing so and wants to have them in place by the time applications begin to be submitted. Sage also explained that they are looking to take small steps to ensure that every base is covered.

It will most likely be months before Lincoln Casino and others may apply for licenses. If the commission approves five such bids, the state’s horse racing might become congested.

While the situation isn’t ideal, Chris Kotulak, CEO of Fonner Park on Grand Island, understands why the process has taken so long.

“Although the speed at which we arrived may not have been what some had hoped for, there were and continue to be many significant issues to address,” he said.

The Racing and Gaming Commission needed to develop a comprehensive set of casino laws, which took time, according to Kotulak.

Fonner Park aims to open a temporary casino with roughly 200 slot machines before the end of the year, according to Kotulak in a statement this week.

He did say, though, that Fonner Park’s plans for a temporary and permanent casino are still in the works.

“I’m completely in limbo depending on what’s going on in Lincoln,” he said.

A temporary casino with more than 300 slot machines is also being planned for Lincoln Race Course.