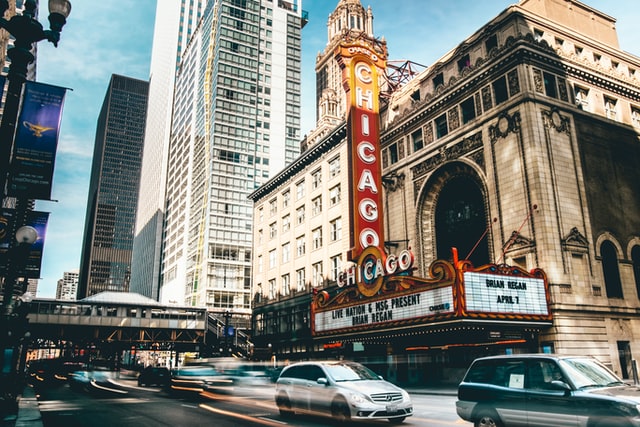 For many years, Illinois has had plans to expand its gambling business, indicating that the sport’s state team has been keeping tabs with the changing trends.

The news of the new deal between a famous Illinois casino and Chicago Bears has become public this week. The agreement is aiming at bringing the gambling venue added exposure. It is a good sign of how the gaming industry has been rising. Now is the perfect moment to discover which casino has teamed up with the Bears.

The first Illinois sportsbook got unveiled in March of 2020. Immediately, sports betting demands grew significantly. There was a surge in revenue generated from the industry. As of now, the state of Illinois has the second-largest gambling market in the USA. In terms of revenue, New Jersey tops the list. That should not surprise you because many bettors from New York flock to New Jersey’s market.

2021 has been a big year for betting companies in Illinois. The majority of the bets get placed using mobile devices. Analysts believe that the revenue will keep increasing as the year progresses. That can get achieved if lawmakers approve a bill to allow college sports betting in Illinois shortly. Some analysts suggest that Illinois could become overtake New Jersey and claim the number one spot.

The casinos are quickly bouncing back to the events that happened in 2020. That is true because a partnership between a major casino and sports teams has happened.

A Popular Casino Inks a Sponsorship Deal with Chicago Bears

Significant casinos are plying their business in Illinois. The government has been at the forefront of creating avenues that will lead to expanding the gaming industry to generate more tax. Various sports team seems to be embracing the efforts put by the government to ensure casinos operate without hitches. News has broken that Rivers Casino in Des Plaines has signed a sponsorship deal with Chicago Bears. The casino is one of the most successful gaming avenues in Illinois.

Moving forward, The Rivers Casino will be the official casino for the Chicago Bears. Ted Philips has released a press briefing expressing how excited the entire team is and believes this will help them connect better with fans.

The team also signed a sponsorship deal with BetRivers, one of the popular gambling companies in Illinois. Sportsbook and Des Plaines casino will have access to print, social, and digital assets of the Bears. Doing so will give the companies more exposure in the coming years.
On the other hand, there are so many things taking place in the betting industry of Chicago. Below is a quick look at the state’s plan to unveil a casino in Chicago.

In 2019, Illinois lawmakers passed a new capital plan allowing various casinos to get built across the state. As a surprise to many, that includes constructing one casino in Chicago. There have been hurdles while attempting to make a venue, though. First, a high tax rate got slapped for whichever company given the go-ahead to construct the casino. That has kept away potential investors.

The other major issue has been location. Chicago officials have been spending lots of money trying to find a convenient venue to build the casino. As of now, there are various parts of the city in consideration. Despite the hurdles, bettors in Chicago can choose nearby gambling venues such as the famous Rivers Casino in Des Plains with the Bears.