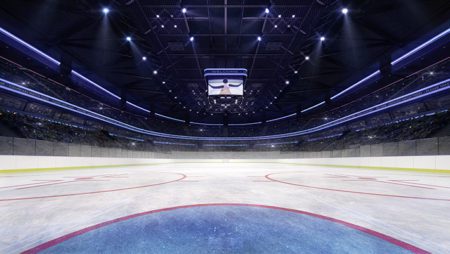 According to a Carolina Hurricanes executive, with legal sports wagering on the rise, on-site gambling will eventually occur at all National Hockey League (NHL) arenas.

Hurricanes General Manager Tom Dundon stated that his team plans to allow fans to wager on games while inside the arena, according to Pierre Lebrun of The Athletic, Dundon said that every arena is going to have it eventually.

“It’s just about when, for the most part, because it seems to be legal in many states and on its way in others.”

Before that can occur in North Carolina, where the Hurricanes locate, a sports betting bill will have to be passed by the legislature and be signed by the governor. The state assembly approved a bill on August 19 to authorize sports wagering. According to WNCN-TV, the Senate has not voted on the measure.

While legislators debate the issue, sports wagering has been legalized in 26 states. According to the American Gaming Association website, gambling is legal in six more states, though not operational. In Canada, the federal government legalized single-game sports wagering this summer.

The NHL has a combined 32 teams in Canada and the US. An extra team, the Seattle Kraken, named for a heroic sea monster, starts to play this year. The league’s preseason schedule is already underway while regular-season games kick off in October.

In July of 2019, former American Gaming Association (AGA) official Sara Slane announced that she would work as a consultant for the National Hockey League (NHL), guiding its teams on sports wagering strategies. Slane’s consulting firm, Slane Advisory, is located in Washington, DC.

In May, Capital One Arena became the first sporting arena in the US with an on-site sportsbook. The stadium is the location for the NBA’s Washington Wizards and NHL’s Washington Capital.

In addition, Caesars Entertainment, which bought William Hill in the Spring, is partnering with the Capitals by planting a Caesars Sportsbook logo on each player’s uniform.

The logo will start appearing on the Capital’s uniform after the current season.

Most major leagues openly kept away from any connection to sports wagering, mainly because of its historical link to formulated crime.

Residents would question the league’s integrity if fans thought officials and players were rigging games to enrich themselves and crime groups.

The NFL has particularly had a high-profile change of heart regarding sports wagering.

Investigative journalist Dan E. Moldea’s book Interference: How Organized Crime Influences Professional Footballs; made the first move in 1989 by examining the underworld’s influence on the league and a few of its key figures.

In 2017, NFL Commissioner Roger Goodell, at an owners meeting, said that the league will still strongly oppose legalized sports betting.

“The integrity of our game is number one. We will not compromise on that.”

Like other leagues, the position of the NFL has changed since then.

This year, the NFL has allowed BetMGM, WynnBet, FOX Bet, and PointsBet to become its sportsbook operators. In addition, the league has signed with DraftKings, FanDuel, and Caesars Entertainment to become official sports-wagering partners.

Some years back, then-NFL Commissioner Paul Tagliabue opposed placing a team in Las Vegas, the nation’s wagering capital. Under Goodell, the Raider relocated to Las Vegas from Oakland and currently plays home games at Allegiant Stadium, just west of the Las Vegas Strip. The Vegas Golden Knights, which is an NFL team, play at T-Mobile Arena on the Strip.