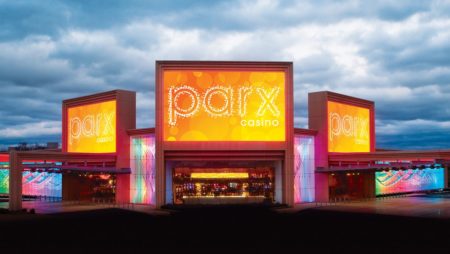 The developers of a new Parx Casino outside of Shippensburg announced Wednesday that they hope to open for slots, sports betting, and table games by the end of the year, thanks to a new state license.

Following a final licensing hearing in Harrisburg, Pennsylvania Gaming Control Board members awarded Parx the long-awaited Category IV license, bringing an end to a nearly four-year quest that was slowed at various times by public opposition that blocked potential sites in Carlisle and Boiling Springs, a pandemic, and other leasing and land development issues.

Where Will the Casino Sit?

The makeover of a piece of a now-vacant Lowe’s store along Route 174 in Shippensburg Township could begin next month, according to John Dixon, the chief operating officer for gaming at Parx’s corporate parent Greenwood Racing. The casino is provisionally planned to open in November 2022.

Parx plans to occupy roughly half of the former Lowe’s location at the Shippen Towne Center with 500 slot machines, 48 electronic table games, an in-casino sports bar, and an all-ages restaurant accessible from the casino’s main lobby but not from the casino floor, where people under 21 are not permitted.

Parx aims to run the Shippensburg casino as a non-smoking establishment; however, a covered, external “smoking pad” will be added off one side of the casino floor, according to Dixon.

Susan Eckert, Parx’s Director of Human Resources, said the Shippensburg project will produce roughly 100 full-time permanent employment with an average annual pay of $48,700, as well as 100 part-time or seasonal jobs. It is estimated to bring in $1.8 million in host community payments every year, which will be shared between Shippensburg Township and Cumberland County.

The board’s decision ended a licensing process that began in February 2018, when Parx’s corporate parent paid $8.1 million for the right to establish one of the state’s “mini-casinos” in Cumberland or Franklin counties.

A Rocky Road to Fruition

Initially, Parx attempted to persuade Carlisle Borough Council members to lift the city’s casino ban in order for Parx to open in the shell of an abandoned Bon Ton shop at the faltering Carlisle Plaza Mall. Carlisle said no after considerable opposition from neighbors, and Parx turned to nearby South Middleton Township for help, only to be turned down again.

After the state legislature and Gov. Tom Wolf agreed to the notion in 2017 as part of a state budget deal, the firm finally settled in Shippensburg Township, one of the few communities in the area that left its doors open to casino construction.

Because of sinkhole difficulties and worries about sharing an access route with tractor-trailers bound to a neighboring distribution facility, Parx initially backed away from an alternative location just off Interstate 81’s Exit 29 intersection.

After a new site search, the company chose the former Lowe’s building in 2020 but then became embroiled in a protracted legal battle with the state Department of Transportation over the scope of a traffic impact study at the new location, which Parx feared could leave it liable for major traffic improvements at the I-81 interchange, despite the fact that it was only a mile away.

In early 2021, Parx and the Gaming Control Board came to an agreement on a revised traffic study plan that covered a larger geographic area, but with guarantees that the casino company would only be charged for recommended future road improvements based on the share of increased traffic that its site accounts for.

In terms of land use, the proposal complies with all other standards, including public utility service, parking, fire truck access, and distance from protected classes of properties, such as residential districts, churches, and schools.

To date, the board has granted licenses to four of the five mini-casinos that applied under the 2017 law. A new Hollywood Casino proposed for Morgantown, Berks County, was also approved, despite fierce resistance from its potential neighbors until 2019. Late last year, the Morgantown casino opened its doors.