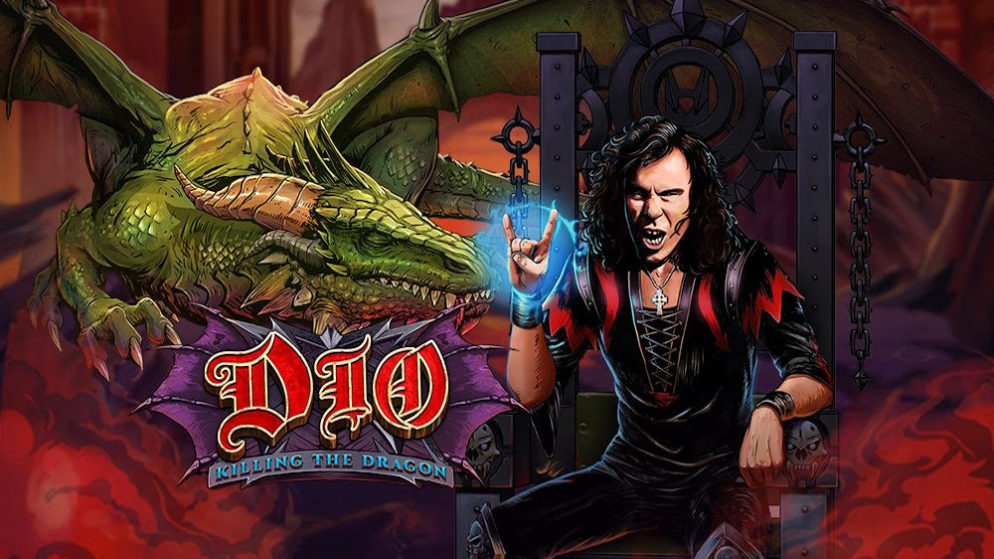 The Swedish manufacturer of slot machines aspires to be the “leading provider of gaming enjoyment.” Play’n GO’s new slot machine, Dio – Killing the Dragon, is based on a popular rock band.

Players will join Ronnie James Dio, the famed lead singer of the band Dio, and use the power of his music to combat foes such as fire-breathing dragons and prowling wolves. Even though Dio’s music is significant, one question remains: Will Dio slay the dragon?

“Our music series is quickly becoming one of our favorites, and it was a lot of joy to put Dio’s tale together. It was a lot of fun to see how many features we could add to the game for the players, as we are constantly considering their needs.

Our design team went above and beyond with the visual details to immerse players in this true fantasy nation alongside Dio. We’re pleased they’ll be able to experience Dio’s legacy on the jukebox!”

The game is a tribute to the famous heavy metal band founded in the US forty years ago by two members of the former Black Sabbath.

This well-known band is renowned for timeless tunes such as Don’t Talk to Strangers, We Rock, and Evil Eyes. The studio captured the band’s vibe and integrated it into the online slot. An intriguing aspect of the new release is that none of the tracks from the band’s 2002 album “Dio Killing the Dragon” are included.

In the video slot by Play’n GO, you can dance into a reel battle with a heavy metal legend. Dio: Killing the Dragon offers 243 ways to win with 53 paylines, wilds, and sticky wild respins on the search for monsters. Face the dragon in a free spins bonus with sticky wilds and three random features with the chance to win up to 15,000 times your wager.

Aside from the fact that Dio is a heavy metal superstar, Killing The Dragon is a straightforward yet effective game, which explains why the symbols have modest payouts. The base game serves as a warm-up act for the Lock Up The Wolves feature, with occasional locking respin highlights.

In addition to Dio, the amazing performance will occur during the bonus game, when wilds might get locked, and the random feature increases their multipliers.

This can result in incredible win multipliers of up to x504. The game’s theme and sticky multiplier wild bonus may appeal to fans of Wild Flower or Danger High Voltage.

There are 243 ways to win in Dio Killing the Dragon, a 5-reel game grid with three symbols on each reel. The first and fifth reels are slightly elevated, although this does not affect how the game is played.

In this fantastical homage to Dio’s heritage, players will attempt to collect as many Scatters as possible to enter a castle where thrilling elements will lead them to the final confrontation between Dio and Murray, a fiery dragon.

You will receive between six and twelve free spins if you obtain three to five scatter symbols. During the same portion of the game, if players land sticky wild or special characters and unlock additional gaming elements, they will have multiple opportunities to win.

The Fallen Angel feature has a falling Wild symbol, the Wild Multipliers feature multiplies a Sticky Wild, the Symbol Upgrade function transforms high-paying symbols into the highest-paying character, and the Lock up the Wolves feature can award players with an infinite number of Re-spins.

Play’n GO ensured that the game included additional activities. If you initiate the spin round, Fallen Angel may be triggered. A falling wild will appear on the opening reel if this feature is on.

Each time the wheel spins, the wild becomes sticky and falls one position with each spin. This facilitates wins on the reels.