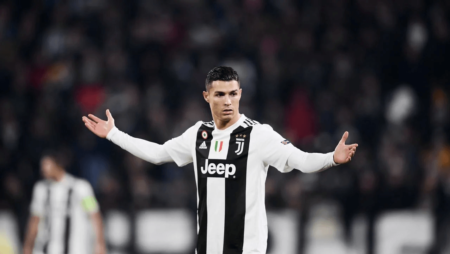 A Las Vegas court has dismissed the sexual assault charge against soccer superstar Cristiano Ronaldo. The case, which allegedly occurred at the Palms Casino Resort in 2009, was not strong enough to prove Ronaldo’s guilt beyond a reasonable doubt.

US District Judge Jennifer Dorsey stated that the action relied on leaked transcripts of discussions between the athlete and his attorney, which should not have been presented as evidence. Therefore, allegations based on these transcripts cannot be heard in court.

Dorsey reprimanded Kathryn Mayorga’s attorney, Leslie Stoval, saying her acts were unethical and against the standards of due process. Due to this, Dorsey has determined that Mayorga cannot continue with the claim.

She reported the incident to the Las Vegas Metro Police the following day but did nothing else because she feared she wouldn’t be able to see it through.

The public learned about the case for the first time in October 2018 after a hacker obtained the tapes and handed them to the German magazine Der Spiegel. The Las Vegas Metro Police attempted to investigate the case once the news broke but had to give up in 2019 due to a lack of evidence.

Transcripts Name Victim But Defense Insists They are Doctored

In the transcripts, there are speculations that the athlete acknowledged having an unconsented-to personal relationship with an unknown partner. Some media believe that this individual is Mayorga because the transcripts of the attorney referred to them as “X.”

On the other side, the player’s defense claims that no such transcripts exist and that the tapes obtained by Der Spiegel have been altered.

In 2010, the woman accepted $375,000 in exchange for a pledge not to speak against Mayorga. She claims she was coerced into agreeing. On the other hand, the money did not affect the purported victim’s mental health.

Her lawsuit informed the court that she had PTSD and was despondent. The initial police report stated that an unidentified guy “entered” from the rear, but Mayorga repeatedly denied this.

Soon later, the person expressed regret. The account supplied to the Las Vegas Metropolitan Police Department in 2009 appears to be supported by the Der Spiegel investigation and transcripts.

Why was Cristiano Ronaldo accused of rape?

Cristiano Ronaldo and Kathryn Mayorga met at the Palms Casino Resort nightclub on June 12, 2009. Mayorga claims Ronaldo attacked her when they returned to his room at the Hotel Palms Place. Ronaldo asserts that they slept together voluntarily.

At the time, he was a Manchester United player and was ready to sign with Real Madrid.

How did the story come out?

Mayorga, who was unidentified at the time, and the fact that the parties had settled out of court. In exchange for keeping the claimed secret, Mayorga signed a $375,000 non-disclosure agreement in January 2010.

This post was produced jointly by Der Spiegel and Football Leaks. Since 2015, Football Leaks has leaked several football-related materials. Numerous documents reveal previously unrevealed agreements and bargains, such as reducing tax payments from athletes and agents.

Ronaldo’s camp initially stated that the allegations were “journalistic fabrication” based on “unsigned documents with unknown parties.” The newspaper eventually released the secretly signed contracts and text communications between Ronaldo and his attorney.

Who is Kathryn Mayorga, anyway?

In September 2018, Mayorga revealed her true identity to the public. The “Me Too” movement influenced her.

On June 13, 2009, she reported to the Las Vegas Police Department that she had been raped. This was the day following her encounter with Ronaldo in the nightclub where the alleged incident occurred.

The police discovered her and took her to the hospital for an examination, where they observed that her body was swelled, bruised, and sliced. Her antibiotics were administered.

However, she did not identify Ronaldo to the police at the time; thus, the case was closed. It was inaccessible until 2018.