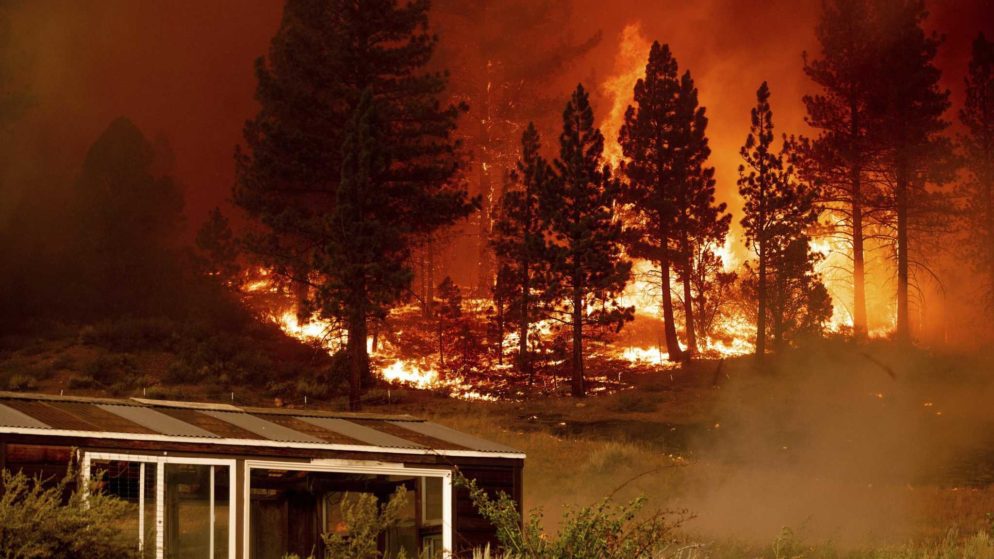 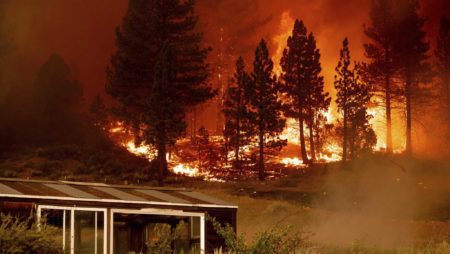 Tourists are nestling in casinos, restaurants, and other outdoor facilities after a massive wildfire inch toward Lake Tahoe, an alpine sports betting center straddling the California-Nevada border. California authorities called it the No.1 firefighting priority in the nation.

By Wednesday, the flaming Caldor Fire was within 20 miles of South Lake Tahoe, covering the area with dense smoke and gray ash. Located in the snow-capped Sierra Nevada mountains, the Lake is the location of some famous hotel-casinos.

According to the Associated Press, the fire southwest of Lake Tahoe was only 11% contained by the midweek, having already burned 184 square miles while it destroyed 455 California homes.

By midweek, authorities had not given any evacuation order. However, public representatives expressed concern regarding potential damage to facilities at the Lake. That comes as the second-biggest fire in California history, Dixie Fire, is blazing about 65 miles to the north.

“The fires that are raging around us nearby are screaming this warning: Tahoe could be next.”

Tourists wore facial coverings outdoors, not because of the COVID-19 pandemic, but due to the toxic air and inescapable fire stench. The gondola that ferries summer tourists to the Heavenly Mountain ski area summit shut down until winter because of the fire risk. Visitors usually come to swim and hike, relax on the Lake’s calm shores or use their time gambling, not risk their welfare in the face of a potential disaster.

According to weather analysts, climate change has made the West hot and dry in the last 30 years and will continue to make the weather more severe and wild blazes more hazardous.

Statewide, 92 massive fires are blazing in a dozen states, according to the Associated Press. The Caldor Fire is not the biggest of these. However, because it is knocking on Lake Tahoe’s door, it is the nation’s top firefighting priority, said California’s state fire chief, Thom Porter.

As the fire continued blazing across timberland on Wednesday, sections of Lake Tahoe were enduring the nation’s worst air pollution. According to the Associated Press report, the area is reaching the toxic category of the Air Quality Index.

Due to air quality issues, learning institutions have shut down for two days in Reno, about 60 miles to the east. That has forced 67,000 learners to remain at home. Toxic air also made tourists seek refuge in Lake Tahoe casinos, restaurants, and other indoor facilities.

In Stateline’s Hard Rock Hotel & Casino, Nevada, the Associated Press revealed that some wagers didn’t look too worried about the fire.

Ramona Trejo stated she and her spouse would continue with their plan to remain at the South Shore resort for their 50th wedding anniversary. Her husband wanted to go on with gambling.

Due to respiratory issues, Trejo uses enriched air. She said:

Lake Tahoe has a long record as a sports ground for wagers, stars, and outdoor enthusiasts. Various major sporting events have been held at the Lake, such as the 1960 Winter Olympics and the recent NHL normal-season ice hockey game between the Colorado Avalanche and Vegas Golden Knights.

In the early 1960s, Frank Sinatra was joint owner of the Cal-Neva Lodge at Crystal Bay on the North Shore. Screen star Marilyn and fellow Rat Pack entertainers were among the celebrities and politicians who toured the lodge when Sinatra owned it.

Sinatra lost his license at the now-closed Cal-Neva after Chicago Outfit boss Sam Giancana visited his lover, singer Phyllis McGuire, at the resort. Due to his criminal affiliation, Giancana was on the state Black List, prohibiting him from getting into any Nevada casino.