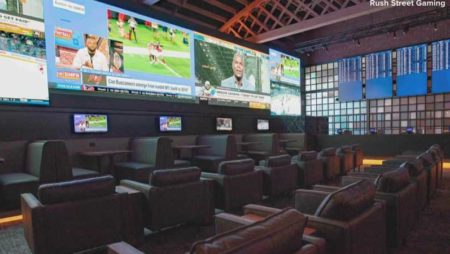 The digital sportsbook offered by Hard Rock is the ninth mobile platform in the Commonwealth to be authorized to accept legally regulated wagers. However, Hard Rock intends to be the first establishment to provide in-person wagering services.

A casino resort will be built on the site of the former Bristol Mall, which is located close to the border between Virginia and Tennessee. Hard Rock International, which is controlled by the Seminole Tribe of Florida, will spend $300 million on the project. The effort include repurposing retail space within a mall, in addition to the construction of an independent hotel tower and resort.

The project, which will be formally named as the Hard Rock Hotel & Casino Bristol, made history one month ago when it was granted the very first commercial casino license that has ever been awarded in the state of Virginia. It won’t be until sometime in late 2024 or early 2025 before the Bristol project is completely accomplished.

However, Hard Rock has plans to construct a temporary casino area within the shopping center in July of this year. In-person wagering will be available at the Hard Rock Sportsbook as soon as it opens.

The Opening in July Specifics

The temporary casino at the Hard Rock Bristol is getting closer and closer to opening, and the firm has begun disclosing more information on the gaming area.

Officials from Hard Rock have stated that the temporary casino will span 30,000 square feet and contain 870 slot machines in addition to 21 table games. Bettors will have the option of using self-service kiosks or one of numerous manned ticket windows at the on-site Hard Rock Sportsbook.

The opening of Hard Rock Bristol is scheduled on July 8. It is anticipated that more than 600 individuals would find employment at the temporary casino.

More than 2,700 slot machines and one hundred table games will be found at the completed Hard Rock Bristol casino. The resort will contain a spa, seven restaurants and four bars, an indoor theater with 3,200 seats, an outdoor performance stage and lawn, retail shops, and a convention area. The hotel will have 750 guest rooms and serve as the centerpiece of the complex.

Hard Rock estimates that there will be roughly 2,000 people working at its Bristol location once it is fully operational. Additionally, it is anticipated that the resort would support more than one thousand new indirect employment in the surrounding region.

Ahead of the Competition

One of the four cities in the state of Virginia that is moving forward with a casino resort is Bristol. There are also plans in the pipeline to establish gaming operations in Norfolk, Portsmouth, and Danville.

If the local government authorities in Richmond decide to re-ask the citizens of Richmond for their approval of a gambling establishment, a fifth casino might be approved. The planned ONE Casino + Resort, which was valued at $565 million, was narrowly defeated by the city’s voters in November of last year.