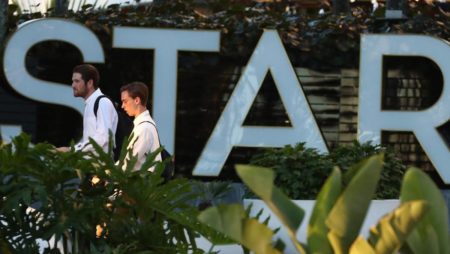 After New South Wales (NSW) completed its investigation into Star Entertainment, the casino owner was given two weeks to explain why it should not lose its license. Star has accepted faults to prevent the worst-case scenario from occurring.

The corporation stated that it had taken “significant and urgent corrective efforts,” such as halting junkets and increasing surveillance, and had developed a long-term plan to reform integrity.

In addition to the current steps, Star’s new leaders and board members have developed a new plan for the company’s future. Ben Heap, the temporary chairman of the board, is attempting to implement measures to bring the business into compliance with financial and gaming authorities.

“Working with the NICC (NSW Independent Casino Commission), we want to do whatever is necessary to restore the Star Sydney’s suitability,” he stated.

Over the past three years, the Australian casino business has been criticized. This is because Star’s larger competitor, Crown Resorts, was deemed ineligible for gaming licenses due to money laundering. This prompted many Australian governments to investigate Star and other casinos.

Philip Crawford, former head of the Independent Liquor and Gaming Authority of New South Wales and currently heads the NICC, has proven challenging to persuade. After completing the investigation, he described Star’s attitude as “breathtaking.” He continued by stating that the corporation has a lengthy history of not being sufficiently “transparent.”

Earlier this year, the Royal Commission, led by Adam Bell SC, began investigating the company’s operations. People testified at the inquiry that the Star Entertainment casino in Pyrmont was utilized by organized crime, aided in money laundering, and committed fraud.

The casino operator had fourteen days to respond to the Royal Commission’s findings, which included the judgment that it was not permitted to operate in Sydney.

Premier of the state Dominic Perrottet refused to say whether or not the Australian casino giant should be permitted to retain its operating license. He stated that only the NICC has the authority to make such a determination. Nonetheless, he stated that the misbehavior discovered by the Royal Commission was simply reprehensible.

According to reports, the NICC will ultimately decide what will happen with Star’s New South Wales license. Before reaching a judgment, it examines all the evidence, including Star’s latest input. However, the governing body has not indicated when it will decide, so all we can do is wait.

Star stated earlier this week that the NICC should allow the company to “continue to operate under tight control and responsibility to the Remediation Plan milestones.”

Heap urged the NICC that Star should retain its license until the state of New South Wales makes a decision and because Star is improving. He stated that Star intends to collaborate closely with the authorities to alter its business practices and demonstrate that it takes its duties seriously.

In addition to the current steps, Star’s new leaders and board members have developed a new plan for the company’s future. Ben Heap is attempting to implement measures that will bring the business into compliance with financial and gaming authorities.

Governance, accountability, culture, risk, and compliance management would undergo a “multi-year revamp” as part of Star’s attempt to mend things.

The casino intends to complete the budget for the cleanup plan the following month and has the work completed by the end of 2024.

The plan contains 130 milestones, and the objectives are to be achieved within two years. Star Entertainment reported to the Australian Securities Exchange (ASX) that the firm had accomplished eight of these objectives, with 29 to be accomplished by the end of 2022.