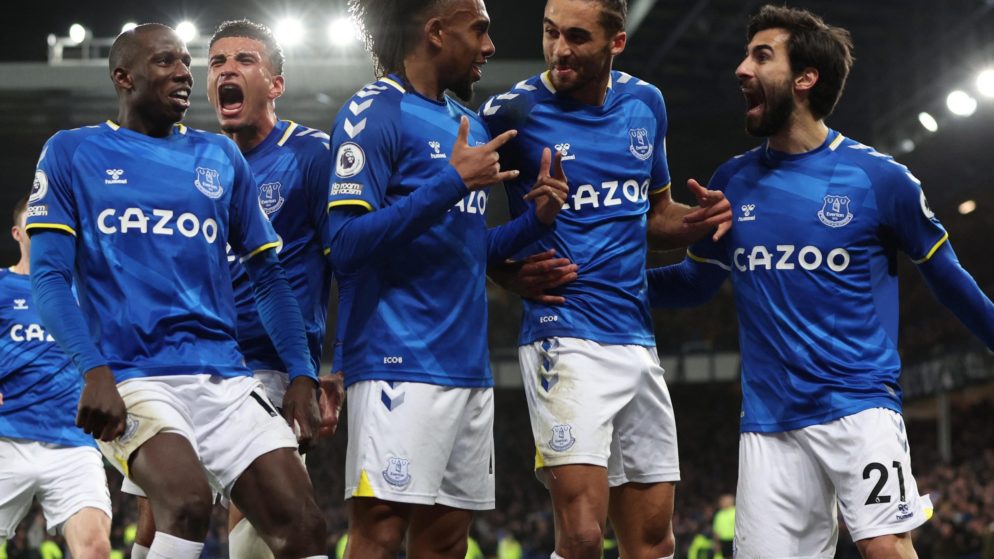 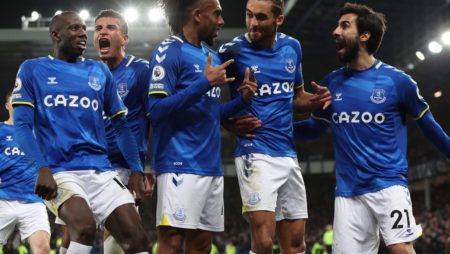 Everton Football Club has entered into a big sponsorship agreement with an online casino and sports betting company Stake.com. This sponsorship contract is the most valuable in the club’s history.

The logo of Stake.com will appear on the front of both the men’s and women’s playing outfits, as well as on screens and media backgrounds at Goodison Park, Finch Farm, and Everton’s digital assets.

After a remarkable return to the Premier League at the end of the previous season, Everton’s corporate personnel moved swiftly to secure the lucrative Stake.com arrangement. To complete the deal, they even included a clause to terminate their collaboration with Cazoo.

“Stake.com is a very ambitious firm with enormous development prospects, and we’re thrilled to engage with them at this juncture in their journey.”

Everton FC has a new arrangement with a sponsor that will generate much-needed funds for the club. It agreed with Stake.com, a casino and sports betting website, to place advertisements for the site on the team’s shirts. The contract’s annual value exceeds £10 million ($12.51 million).

This contract replaces Everton’s two-year agreement with vehicle dealer Cazoo, which was terminated to make room for a better one. The team will begin a multi-year partnership with the corporation on July 1. This is the most valuable sale of a shirt front in the company’s 144-year history.

Everton’s most significant collaboration will be with Stake.com, whose logo will appear on the front of the women’s and men’s playing kits. Additionally, it will be broadcast on screens at Goodison Park and Finch Farm and the club’s digital platforms.

Expanding Across the UK

Stake.com was founded in 2017 and has rapidly become one of the most well-known online casinos. There are millions of gamers worldwide, as well as several casino and sports betting options. In December of last year, the UK Gambling Commission authorized the website.

The collaboration between Stake.com and Everton expands the company’s portfolio of sports sponsorships. It expands upon the company’s status as the Official Betting Partner of the UFC throughout Latin America, Asia, and Brazil. This cooperation will reach over a billion television households worldwide.

The platform also features a large number of internationally renowned ambassadors. The artist and actor Drake, the UFC champions Israel Adesanya and Jose Aldo, and the Argentine superstar Sergio Aguero are among them.

“My professional colleagues on our new revenue team have made great strides over the past few months and have worked tirelessly to secure the club’s largest major partnership in its history.”

One of the teams that SportPesa sponsored in the past was Everton. In 2020, however, this practice ceased because fans disliked its association with the gaming business. At the time, Denise Barrett-Baxendale, the club’s CEO, stated that dealing with betting companies was not ideal.

On the other side, Everton asserts that the new contract reflects the commercial realities of competing in the Premier League.

Alisher Usmanov is a business partner of Farhad Moshiri, the club’s owner. Everton severed all business and sponsorship links with Usmanov’s companies. He is an oligarch placed on a list of prohibited individuals after the Russian invasion of Ukraine.

USM Holdings, one of Usmanov’s firms, has a £12 million ($15.02 million) sponsorship arrangement with Everton’s training fields. It also paid £30 million (US$37.55 million) for the naming rights to the new stadium.

Usmanov has attempted to reverse EU sanctions in court. Soon, a determination could be made regarding whether or not they should be put on hold.

Everton has incurred losses of £372.6 million (US$466.4 million). Therefore, the club has collaborated closely with the Premier League to achieve its financial and long-term objectives.

The club goes against the majority opinion in UK sports. Most teams reject sponsorships from the gambling sector, but Everton recognizes the potential earnings.