Wazdan Ventures Into the Czech Republic In Market Expansion Plans 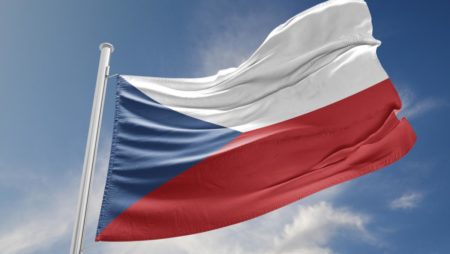 By entering the regulated igaming market in the Czech Republic, Wazdan has reinforced its standing in Europe.

In the future, the company that creates innovative casino games and products will offer them in the Czech iGaming market. This will allow Wazdan to reach new audiences that could benefit from its tailored and high-quality games.

Wazdan is a well-known software developer for casinos. It has rapidly risen to become one of the leading B2B brands in the online gambling industry.

According to data from the regulator, the Czech igaming market was regulated in 2017 and has since been expanding, with GGR predicted to reach €1 billion in 2022.

Andrzej Hyla, Chief Commercial Officer of Wazdan, stated, “Entering regulated areas is crucial to our continued expansion. This year has seen an influx of new products from around the world, demonstrating the breadth of our product offering.

This is the ninth major market premiere for Wazdan this year. They have been successful in Europe with launches in Bulgaria, Italy, the Netherlands, and Spain and in Canada with launches in Michigan and Ontario.”

With the acquisition of Alphawin in Bulgaria, the provider now collaborates with two companies in this rapidly expanding iGaming jurisdiction. Additionally, Wazdan is expanding its presence in Latvia by teaming with Fenibet earlier this year.

Wazdan’s recent steps occurred after the provider had a busy end of 2022, during which it signed an agreement with Paf to strengthen its position in Spain and merged its content with Alphawin.

Hyla stated that the company had been granted permission to enter several new countries, where it will provide its unique and custom-made items to refresh each partner operator’s gaming library with great new titles.

Wazdan has yet to disclose the identity of the first operator in the Czech Republic, but a partner is anticipated to emerge in the coming weeks, if not before the end of the year.

Under the terms of the agreement, Wazdan will provide its new partnership with a selection of its most popular titles. Wazdan’s 9 Burning Dragons were added to Paf’s platform as the company’s first joint venture. Other popular games such as Fortune Reels, Hot Slot: 777 Crown, 9 Lions, and Larry the Leprechaun will be introduced later, according to the gambling businesses.

The arrangement allows the studio to continue working toward providing more excellent value to its operator partners by creating visually appealing and enjoyable slot games. Wazdan provides value-driven igaming experiences in regulated markets across the globe by combining tried-and-true methods with distinctive features.

This is the second contract between Wazdan and a Spanish operator. Through Luckia, the business entered the lucrative Spanish market in November.

Eric Castro, Head of Games Content at Paf, remarked, “Wazdan is a really intriguing developer that creates games with unique features and excellent mathematical models that are always evolving.”

We’re excited that they’re adding more of their games to our casino, and we can’t wait to hear what else they have planned.

Paf is a Finnish brand of land-based gambling that donates its proceeds to various organizations. The operator is committed to supporting local health and cultural activities while working on several initiatives to make the business more eco-friendly. Paf is now a global powerhouse, with significant operations in Estonia, Finland, Latvia, Spain, and Sweden.

Both agreements are consistent with Wazdan’s larger expansion strategy, which has seen the company deliver entertaining and engaging slots in various markets. The company’s strategy is straightforward: it frequently develops new perspectives on old concepts, making its games enjoyable to various gamblers.