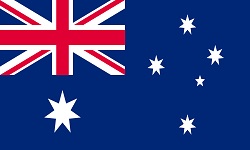 Australia’s online casino industry is one of the most stable in the world. That is why top global competitors like William Hill, Paddy Poker, and 888 Holdings have invested in Australian expansion in the past few years. For nearly 15 years, the Interactive Gaming Act 2001 has regulated gaming on the continent. A challenge to the IGA might soon take place, which could change the face of iGaming in Australia.

Whatever happens, Australians love to gamble. In fact, statistical analysis shows no population on Earth loves to gamble for real money more than Australians. While Japanese spend more on pachinko and Americans spend more at their hundreds of tribal and private casinos, Aussies spend more per capita each year than any single person on Earth. One estimate says the average adult Australian spends over AU$1,000 a year on gambling.

That fact has a tremendous imprint on the social and political landscape of Australia. Australian National Parliament members like Andrew Wilkie and Nick Xenophon have based their entire political careers on being anti-gambling crusaders. Problem gambling groups and harm minimization experts fight to reduce the financial damage caused by gambling. Arrayed against these forces are the various representatives of the club associations of Australia.

Gaming has been a cultural fixture in Australia dating back to its earliest days. In discussing the legal aspects, I’ll give a brief rundown of that history. Among the first generation of immigrants to Australia were people convicted of illegal gambling, so the first wave of ethnic-British Australians were known gamblers.

Within a generation of its establishment as a British colony, Australia had its first racing club formed in New South Wales (1810). Between 1810 and 1850, racing clubs and “turf clubs” sprang up in settlements along the Australian coast. A precedent was set that men of means could gamble, while a dimmer view was given to gaming among the lower classes. The Melbourne Cup was established in 1861 and the Sydney Cup was established in 1862. They remain the premier races each year in Australia.

Racing was a gentleman’s sport. Dice bets and card playing were another matter. In 1876, the first law was passed against “street gambling”. This began a wave of reforms from 1876 to 1910, in which gambling among the lower economic classes was outlawed.

That did not stop state-backed lotteries from being formed. In 1897, the state of Tasmania established Tattersall’s state lottery. This was followed by the Lotteries and Art Unions Act of 1901, which was passed in New South Wales. The Queensland State Lottery, known colloquially as “Golden Casket”, was formed in 1920. Early on, the idea that these games somehow helped society was propagated.

The same idea helped the club gaming industry in New South Wales. In 1956, an act was passed by NSW to allow gambling inside private clubs in Melbourne. A familiar pattern was taken for this law. One, more affluent “desirables” were allowed to gamble in private dens. Two, those who could not afford to join the clubs were banned from gambling legally. Three, the clubs were maintained for social charities and the generation of philanthropic funds. Gambling was allowed, but only when it helped society somehow.

Toward that end, the Totalisator Agency Board or “TAB” was formed in 1961. At the time, the TAB was government-owned. In 1994, the Victoria TAB would be privatized and Tabcorp Holdings Limited was founded. TABCorp remains one of the key Australian gambling companies to this day. One of its subsidiaries is Echo Entertainment, which owns the Star Casino in Sydney and the Treasury Casino in Brisbane.

The Registered Clubs Act 1976 established privatized land-based gambling in Australia. Once again, New South Wales led the move towards private gaming clubs. This paved the way for Jupiter’s Casino in Queensland (1985), Adelaide Casino in Southern Australia (1985), and Burswood Casino or “Crown Perth” in Western Australia (1986). The Crown Victoria, later known as the Crown Casino, was established in 1994 in Melbourne, though the Crown Complex was not opened until 1997.

Along the way, the famous gaming companies sprung up. Aristocrat Leisure was founded by Len Ainsworth in 1953. When the New South Wales club gaming was founded in 1956, it was Aristocrat poker machines which put pokies in those clubs. In the 1990s, Len Ainsworth stepped down from Aristocrat Leisure’s day-to-day operations, after a false cancer scare. His children now run the company, though he founded Ainsworth Game Technology (AGT) as a competitor in the gaming machine market.

IGT Australia is the main competition for Aristocrat. Konami, a Japanese company, and WMS Gaming, an American company, also have competed in the market. New South Wales has 20% of the world’s slot machines, so there is plenty of room for competition.

While the land-based gaming industry was firmly entrenched, online gambling was still being established. The Australian Parliament passed the Interactive Gaming Act in 2001. IGA, as it came to be known, barred Australia-based companies from operating online gaming sites which took cash from Australians. Because the government could not enforce laws against offshore gaming sites, this created a situation in which international operators could sign up Aussies, who obviously wanted the opportunity to gamble online.

Thus, year after year, UK-based and European gaming companies have catered to the tastes of Australian real money online gamblers. Numerous Aussie lawmakers have complained about these companies targeting Australians, though the situation has been largely a creation of the lawmakers themselves.

Coming Review of the IGA

Tony Abbott’s Coalition government has listened. In August 2015, Scott Morrison, the Social Services Minister of Australia, said he was calling for a review of the Interactive Gaming Act of 2001. Scott Morrison claims he has no preconceived notions about online gambling in Australia, but PM Tony Abbott promised to stop allowing offshore operators to register real money gamblers when he ran for prime minister in 2013. It would seem, from Tony Abbott’s perspective, international gaming companies are preying on Aussies, while harming the business operations of Australia’s native land-based gaming companies.

Those companies are doing tremendously well under Tony Abbott’s government. The Julia Gillard government enacted reforms that limited spending on poker machine club gambling to $200 a night. The Abbott administration raised the limit to $5,000, which has created a new boom for the casino companies of Australia–who say they cannot account for the dramatic uptick in revenues since the new policies were enacted in 2014. Those wanting to know the online gaming laws in Australia might want a refresher in 2016.

Australian online casinos support the Australian dollar and the New Zealand, but they also support the US dollar, the British pound, and the Euro. VISA, MasterCard, JCB, and Diners Club International tend to be the available credit card payment methods. Neteller and Skrill are available, along with dozens of other web wallets. PayPal sometimes is offered by sites. Australian gamblers can use POLi Payments, a native payment method, at most online gaming sites.

The online casinos active in the Australian market are the same as you’ll find in the UK. 888casino, William Hill, Platinum Play, Ladbrokes Online and 7 Sultans are just some of the familiar names you’ll find. Virtually any casino brand you’ll have heard about in European gambling is going to be available, with hundreds upon hundreds of play options.