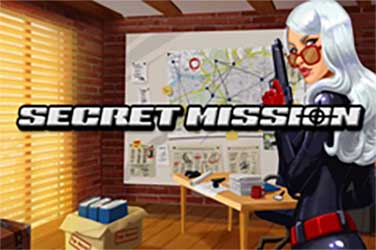 A company with a very long history behind it, Bally Wulff is actually trying to cover both significant segments of the market, creating content for both the land-based and the online sides. This is a German company, with a significant focus in that market, but they also offer English translated games, so you can find their content fairly easily at various casinos. Not quite a modern developer, so they don’t even have all their content ready for use on mobile devices.

This company, which is based in Germany, in Berlin, has about 280 employees as of right now. It’s not a huge company, though it plays a major role in a couple of national markets, and online they have about 90 slot machines released.

The history of Bally Wulff goes back to the 50s, and at that point they were creating games for the gambling industry, in land-based form obviously. 1972 saw the original Gunter Wulff company being acquired by another one from the United States, called Bally Manufacturing Company. It remained a subsidiary, and then following a merger of Bally with another company, they were sold. They became one of the SCHMIDT Group companies in 2007. In the last decade the company has grown and has expanded into new markets, so in addition to Germany, they are also present in Italy and Spain.

As their games are translated in English as well, they can be found at plenty of other casinos, though usually they’re the type that will focus on players from Europe. The company doesn’t even have an English version for their website, only German, Spanish and Italian, so their focus is quite clearly not on the International market.

While you get a fairly large number of slot machines from Bally Wulff, the developer has a focus on the land-based market as well, and it shows. Their older games, even though they might be popular, are not very impressive to look at. Somewhere around 90 slot machines are currently offered by this developer, ranging from fruit themed titles, to Ancient Egypt, gemstones and other similar themes. They also offer quite a few Flash titles already, another area where they’re not doing great.

While the newer releases of Bally Wulff tend to have better looking designs, the ones launched in the past can vary a lot in quality. Take a game like Fancy Fruits, and you’re going to find a design as dated and as ugly as it gets these days. Check out Book of the Ages or Magic Book 6, to find two examples of slots that I’d consider more in the average side of the market.

The graphics might not be great, but the features and the payouts you see inside can make even these slots look exciting. Take Book of Crazy Chicken as an example, a slot machine which has a 50,000x jackpot that it can deliver, along with several features that you’d expect to find in any game.

Overall, considering everything their games offer, I’d expect a solid return on your investment on average and big prizes which can give you all the motivation you need to check their new slots out. I don’t expect the graphics or features to be unique or exciting though.

In Bally Wulff’s collection, I found several which seem to stand out, and which players have even found good enough that the developer created sequels for them. The Crazy Chicken themed games are at the top, as are slots like Fancy Fruits, King of the Jungle, Books & Bulls or the Book Of series (Book Of Crazy Chicken, Book of Romeo & Julia or Book of the Ages).

Perhaps surprisingly, given the connection to the land-based market, the RTP in the slot machines which are available online from Bally Wulff tends to actually be on the high side. The range for the RTP is a fairly limited one, so most are anywhere between 95.90% and 96.20%.

There are only a couple of titles which will go slightly higher than that, but every little bit counts. The Shaman King (96.36%) and Tom Sawyer (96.40%) appear to be the slot machines with the best Return to Player from their collection so far.