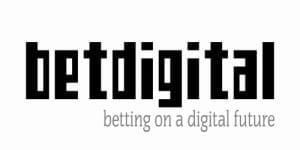 Betdigital is a company which has been established in 2011, as creators of content for the gaming market. It’s based in UK and it is part of a larger group, called NYX Gaming. Currently, they have a little over 20 slot machines released, titles which are quite varied and generally of high quality. The company also has its toes in other markets, so they have content for land-based casinos, for interactive TV and for mobile devices.

System X: this is the name given to the system which allows integration across multiple platforms. This allows the products from Betdigital to be part of other software platforms.

Grid: the game engine that’s offered by this company, and which they use for all their games.

Betdigital offers these systems to third parties, and they claim that their game framework allows developers to reduce the time it takes to create a new game considerably. Rather than take as much as 16 months, the game could be ready in just 12 weeks. Betdigital takes over the testing and operator connection, so the developer can just create content.

The history of Betdigital began in 2011, when it was founded in UK. The team that started it all had a total of more than 50 years worth of experience in both game sales and development, so they had a good plan as they started out. Their aim was to offer content that was cross-platform, which would allow them to become an important player. They’ve been recently acquired, and now they are part of one of the industry’s giants, NYX Gaming Group, along with the likes of NextGen Gaming.

Betdigital then created System X and Grid, the first gaming engine that is truly cross-platform for this industry. Developers were obviously interested, as this would allow them to offer games for the land-based market as well, not just for the online one. Through Betdigital, their games are integrated into multiple platforms, with the company insuring that the requirements for compliance are met.

In addition to their gaming engine, Betdigital is also a creator of its own slot machines, several of them impressive titles which can be found at several casinos.

As of late 2018, the game collection that’s available from Betdigital has a total of 21 slot machines to offer. The release schedule lately seems to be at a slot machine for every 5-6 weeks, on average, which is not bad for a smaller developer like Betdigital.

Whether it’s football (Subbuteo), Chinese (Magnificent 8), medieval knights (Knights of Gold) or magic (Abracadabra), I’ve found a good mix of themes in Betdigital’s collection, so they haven’t gone overboard with the classic fruit themes, even though those exist as well. They also have slot machines with 3, 4 or 5 reels, as well as different types of features (wilds, multipliers, bonus games, etc).

Some games will feel unique (Ambassador has 4 reels, as well as bonus wheels and multipliers for the wilds), while others are about as classic as they get.

When it comes to the graphics they’ve used, generally I found them to be pretty good. It’s not the type of look that will knock you off your feet, nothing at the level of NetEnt or Thunderkick, to give two examples of modern developers. Still, you should find them perfectly acceptable to play.

A couple of their more popular titles will have names like Abracadabra, Free Spin City, Big Spinner, Blazin Hot and Subbuteo. They’re all interesting in their own way, and some have even highly unique features to offer.

The RTP can be an important element that players consider when they’re picking what slot machines to play. It’s normal to want to maximize your odds of getting back your money and maybe making a profit, so if that’s the case with you then I’d recommend slots like Magnificent 8 (96%), Big Spinner (97%), Ambassador (97%), Wilds Deluxe (96%) and Crowning Glory (96.41%).

The company has other games which go even to as little as 94%, so always make sure you check out the RTP of their slots before you start playing one.