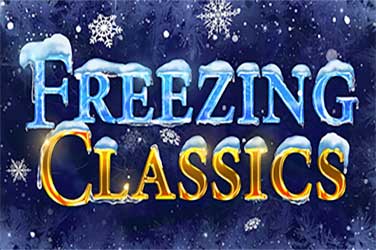 Many might not have heard of Blueprint Gaming, but the developer isn’t exactly small, and it’s actually quite successful in offering content both for the land-based and the online markets. This is a UK based company, but it’s also part of a larger gambling conglomerate, called the Gauselmann Group, from Germany.

You will discover over 90 online slot machines in their collection, with a lot of variety when it comes to themes and features, and even with a number of branded releases present among them. Its sister company is called Blueprint Operations and it offers land-based machines, not only slots, but also arcade, bingo and pub machines. Blueprint Gaming claims to have more than 100,000 land-based machines installed in United Kingdom, Italy and Germany.

The operations of Blueprint Gaming are possible thanks to the gaming licenses which the company obtained, one from UK’s Gambling Commission, and the other from Alderney’s Gambling Control Commission. Both are highly reputable jurisdictions and the player’s safety is something that is always kept in mind.

Blueprint Gaming’s founding date is in 2001, so the company has been around for a long time. They are based in UK, and they were acquired by a German conglomerate called Gauselmann Group in 2008. Since then, they continued to create slot machines and to expand into the land-based and online markets, doing a great job at it.

As a company that’s doing business both in the land-based and the online markets, there is a lot of variety when it comes to the content which is offered by Blueprint Gaming. They’re offering a lot of slot machines along with the other types of casino and pub games, and those are the ones we’re going to focus on today.

90+ slots are available from Blueprint Gaming, some very simple and almost boring, while others elaborate and offering unique features. The graphics are generally very good and the attention to detail is impressive. Their only fault is that they’re using Royals with a basic design in their slots, so those don’t manage to fit in with the rest of the graphics.

Branded content is also something that the company is focusing on, and while you don’t get huge brands from them, titles like Deal or No Deal, Caspers Mystery Mirror, Austin Powers, Count Duckula and Inspector Gadget are still going to be loved by many.

The Megaways system is the latest technology that’s been implemented in Blueprint Gaming slots. The company obtained the rights to it from Big Time Gaming once they saw how much players like high volatility gameplay, and then they started flooding the market with games which use it. As of right now, they already have four slot machines released or announced for the near future, and I have no doubt that more will come in the future.

All in all, I found Blueprint Gaming’s collection to be a worthy one, and I enjoyed exploring it. I’d pay extra attention to their branded games and to the slot machines using the Megaways system, I’m sure they will be quite popular with players.

They claim to offer 20 new slot machines per year, which are translated in 18 languages and using 30 currencies, so there will be a lot more titles to explore if you decide to follow their progress.

The games which are most popular also seem to be the ones that the casinos promote. I found these to be slots like King Kong Cash, Diamond Mine, Ted, Slots O’Gold or Genie Jackpots Megaways (using the Big Time Gaming Megaways system under license).

One needs to be careful when picking games from Blueprint Gaming’s collection, at least if they care about the Return to Player percentage. There are some games in there which look great, but there are others which offer as little as 92.50% RTP, and those I wouldn’t recommend you play. Overall, I found a lot more slots with an RTP that’s lower than 96%, than those that are higher.

The games I mentioned above pay better than the average Blueprint Gaming slot, and they should give you a taste of how the company approaches slot machine development. I’d especially recommend going for the newer releases, those seem to pay better.