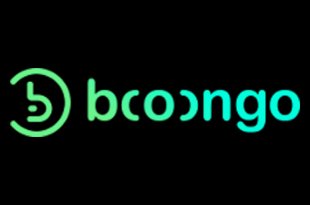 Booongo has been established in 2015, as a company which has its HQ in Curacao and additional offices in Taiwan, while the development of their games occurs in Ukraine. They are using HTML5 to create content at HD quality, which is available to be played across multiple platforms. These are all new games, so in terms of quality they look great.

The Booongo back-office offers the casino the option to manage games and to offer support to players for them. They’re offering analytics and real-time data, and it’s all easy to figure out thanks to the optimized user interface. It supports all currencies and it works easily on any platform/device. The system is also easily integrated. As for the games which are available, they have their RNG certified, they’re coming in 2D or 3D style graphics and they use advanced math models. The games are completely optimized for mobile devices, they’re translated in 17 languages and they offer a mix of western and Asian style themes, so they’re appropriate for different markets.

There isn’t all that much about Booongo’s history available, and they haven’t been around for a very long time either. They started out just a couple short years go, in 2015. Their main offices are in Curacao, while their development is done in Eastern Europe, in Ukraine. They’ve managed to have about 40 slot machines released or in the works so far, with new titles being launched on a monthly basis.

As a company that started offering content in 2015, Booongo does reasonably well and manages to offer 39 slot machines already, with one new game coming out per month (the next two are already announced). Looking at these games, they’re all well designed, though some are more interesting than others. I’m not crazy about slots like Crazy Gems, Fruiterra, Fruity Frost or Fruity Wild, but on the other hand they also have beautifully designed and unique titles like Hunting Party, Kang Aliens, Hell’s Band or Diego Fortune.

The slot machines that I’ve seen them release so far look pretty good feature wise. Bonus games, free spins, various types of wilds or stacked symbols, even achievements, these are present in a slot like Hell’s Band. Check out 12 Animals, and you will find sticky symbols, respins, random wilds, up to 25x multipliers and two types of free spins. As you can see, there is variety and a relatively long list of features in many of these slots. Some will be simpler though, don’t expect the fruit slots to be like this.

One of the innovations that they’ve introduced is the option to choose the Spectator mode. It’s especially useful during tournaments, where a leaderboard can provide access to the players that are doing especially well.

The games you see from Booongo have beautiful graphics and are often interesting in other ways as well, so they have their fans. The God’s Temple two slots are among those I’d recommend, along with any of those with big RTP, which are mentioned below. You can also select a slot with a theme that interests you, so you might check out the adventure inspired Diego Fortune, the funny Hell’s Band or the 8-bit style Wild Galaxy with its sci-fi theme.

If you’re interested in playing slot machines which give back to players as much money as possible, then checking out the RTP beforehand is a good idea. There are multiple games that Booongo created which are particularly interesting in this regard. You will also find a couple of titles which are below 96%, and which I would only recommend if you find something that’s really interesting to you in them.