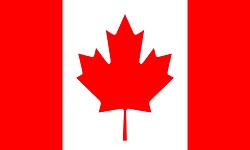 Canadian real money online casinos are legal and regulated, though select provincial and territorial governments take a more active hand in the industry than in many jurisdictions worldwide. Though restrictions apply, the gaming niche is much more welcome than it is in the United States. Canadian online gambling market follows its own inner logic, set off from the rest of the world. On the one hand, Canada embraces online gambling. On the other hand, the country limits the availability of real money Canadian casinos.
In this article, I’ll discuss how it does so, as well as why.

Canada’s real money gambling market takes more from the United Kingdom than it does from the United States. Most online casinos are welcome, though the state and territorial governments want to promote gamblers to play at the native Canadian websites. One key licensing authority inside Canada is given preferences.

The result is that 256 English-language legal online casinos exist which accept Canadians for real money play. If you want to gamble while speaking the French language, then Canadians can find 147 casinos which support legal real money gambling. This represents some of the top companies in the world, though some notable omissions can be found.

Real money gambling is regulated by the state and territorial governments in Canada. These gaming authorities allow online casinos which are licensed by the various gaming authorities around the globe (Gibraltar, Malta, Alderney, and Antigua) to operate inside their jurisdictions.

Winnings on gambling can be taxed, though amateur players usually do not have to concern themselves with such taxes. I say “usually” because, if they win massive amounts of cash, they might be required to pay taxes on the winnings. Professional players are required to pay taxes, because it is considered their career. Also, such players often enter into staking agreements, which is a form of financial investment or speculation in which people with money bankroll the players’ tournament career (in exchange for part of their winnings).

Casinos are not taxed, for the most part. In many ways, this is an inversion of what is found in Australia, where casinos are taxed, but players are not.

As you might have guessed, the Kahnawake Gaming Commission is a tribal council comprised the leaders of a First Nations tribe. The Kahnawake reservation is found south of the St. Lawrence River, across from Montreal. The tribe’s gaming laws were established on July 8, 1999 under a law called “Regulations concerning Interactive Gaming”.

The Ontario Lottery (OLGC), which controls the state-sanctioned lottery industry of the Ontario Province, has its own online gambling site. Ontario sometimes restricts play from certain online casinos. Better put, provincial authorities make the experience difficult enough that online casino operators choose not to accept players from the province.

The Club World casinos do not accept players from Ontario IP addresses. Various reports suggest that Club World’s decision is due to difficulty with gambling regulators.

Ban on Online Casinos in Markham

The city of Markham in Ontario also has a ban on online gambling. Markham is a city of 300 thousand people and a suburb of Toronto. The city simply bans online gambling inside its city limits.

I’ve never heard a full explanation for why this ban was passed. One theory suggests that the city banned the practice because the world’s largest poker website, PokerStars, was founded in nearby Richmond Hill. I’ll discuss that company in a moment.

Despite having certain restrictions on gambling, Canada is home to some of the world’s most famous online gambling company. It was mentioned earlier that PokerStars was founded in Richmond Hill, Ontario. The Scheinberg family founded PokerStars there in the 1990s, though the company eventually moved its headquarters to the Isle of Man.

The Rise of PokerStars

The Montreal-based online gambling software company, Amaya Gaming, is now one of the largest companies in Internet gambling. Amaya Gaming was found a few short years ago by David Baazov, one of the most dramatic Canadian rags-to-riches stories in recent memory. David Baazov says he quit school at 16 and was homeless for a short time in his 20s, sleeping on park benches or in outdoor hockey rinks in Montreal. Through hard work, he won a contract to supply computers to the Montreal Public Library but sold his business at age 25 when he lost a subsequent bid to Compaq.

Then he founded his own software company. He chose the name “Amaya” because one of his new employee’s sisters worked for the computer networking company, Avaya. He took Amaya Gaming public in 2010, then at age 29 convinced American General Wesley Clark (who once ran for president) to join his board of directors–Gen. Clark continues to serve on the board to this day.

Over the next few years, Baazov bought distressed gaming companies at a discount: Chartwell Technology, Cryptologic, Ongame, and Cadillac Jack. Nobody thought he would be able to buy PokerStars, though–least of the all PokerStars’ founders Isai Scheinberg and Mark Scheinberg. PokerStars was much larger than Amaya Gaming and one of the cash cows of the online gambling industry. Against the odds, David Baazov convinced the Scheinbergs to sell the company, which was having trouble re-entering the U.S. market, due to the Black Friday scandal. Isai Scheinberg was still facing indictment in the US and that fact barred PokerStars’s plans to enter the world’s largest gaming market. After establishing trust with Rational Media’s owners (Rational owns PokerStars and Full Tilt Poker), David Baazov convinced the owners to sell for $4.9 billion.

Bodog, now known as Bovada, is also a Canadian gaming company. Bodog was founded in 1994 by Calvin Ayre. The gaming portal eventually included an online casino, sportsbook, and poker site. All were major competitors in their niche. Calvin Ayre had a flair for marketing, which served his company well.

Bodog also licensed its software from RealTime Gaming, a company which moved to Panama after the UIGEA. Since RTG was not in the United States, Bodog continued to accept American real money players. Calvin Ayre still faces charges in the United States, but eventually, he sold the company and founded his own online gaming media empire. Bodog’s continued flaunting of American gaming laws caused the U.S. government to seize the Bodog online domain, but the services were moved to the Bovada domain and continue to this day. Play from the USA is restricted, though.