Cats is an IGT slot machine which might not promise that much at first, as it’s an exotic cat themed slot so it’s not giving us anything new, but which manages to surprise feature wise and makes itself a must try game as a result. More on that below, but I’d recommend you check out the Split Symbols feature first and foremost.

5×3 reels will give you 30 active lines, the game allowing for wins of up to 10,000x to be paid out on each one. Whether it’s wild symbols, Split symbols or scatters that will take you to the free spins, you will find some exciting features in the game.

Betting is done on 30 lines and it involves just as many coins. You can reduce both by changing the number of lines, with the coin denomination ranging between $0.01 and $50. A game that high rollers will find equally as satisfying as low budget players will, Cats allows for betting of $0.30 to $1,500 to be used, with 30 active lines at all times.

The best winning combinations mentioned on the paytable will deliver 10,000 coins back to the player, so with the right wager size it could mean up to $500,000.

You could get really lucky while playing this game, and the jackpot could be yours, but long-term I’m not impressed with the RTP that’s offered inside. The figures mentioned by IGT are 93.04% to 94.93%, but even when it’s at its highest the number is not great, just average.

By far, it’s the features that make this game worth checking out, since it’s one of the first examples of a slot with double symbols.

The simplest feature of the game, the Cats Logo will be your wild feature. Usually, you will get to use it as a substitute, so in combination with regular symbols it will contribute to new wins. It’s considered a double symbol where the Cat icons are involved, and its only limitation is that it can’t replace a Bonus scatter. The wild’s own wins will pay the highest amount of any combination, 10,000 coins being given out this way.

It’s this feature that should get your attention most. Though not unique to this game, at the time of its release it was fairly innovative. It involves symbols which will come in two versions, showing one or two exotic cats in their images. A symbol with two cats will count as two symbols, and so it becomes possible to form combinations which have up to 10 Cats in them. These pay accordingly, and in fact you can have wins paid for 3 to 10 Cat icons. Bonus symbols also have a double version, but wilds are single icons which still count as two Cats when helping them form combinations.

The icon giving you access to the free spins is marked with a Paw Print or two, depending on whether you get the single or double variant. You get these Paw icons only on the middle three reels, and in order to get a prize you need at least four Paw Prints, while five or six will get you 5 or 10 free spins. Obviously, with three reels and up to six Paw Prints required, you need at least two double icons to get this feature. Additional free spins may not be triggered once inside. The free spins will also come with a different set of reels. 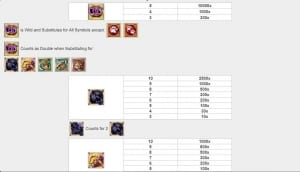 Cats is one more slot machine that’s taking us to Africa. Its symbols revolve around images of exotic cats or regular playing cards. The cats are obviously more interesting, revealing images of Mountain Cats, Leopards, Tigers, Lions or Black Panthers. Add a logo of the game’s name and a Paw Print, and that’s the full spread of symbols.

Average-looking graphics can be expected, and that’s normal for an older game such as this one. IGT is also not the kind of developer from which you should expect a lot in this particular area.

As in quite a few other IGT slots, the features constitute the best part about Cats, while the graphics or the RTP end up average.