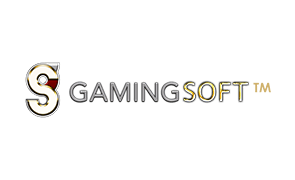 GamingSoft is a supplier of casino software, one of the biggest from the Asian market. They are based in the Philippines and they offer an impressive mix of platforms and solutions for those that are interested in starting a business in the gaming niche, ranging from regular casinos, to sportsbooks, live casinos, poker, lottery, financial betting and even e-sports.

They have software for everything, and they also offer services such as White Label, custom game development, payment gateways and a lot more. They truly are an impressive company, and it’s clear that their focus is on working with other businesses, much more so than creating casino games for players. They have that side as well though, and several dozen casino titles are offered directly by this developer.

If you look at the casino platform that they offer, you will find that it’s one of the most impressive ones around. They’ve integrated slot machines and casino games from over 30 providers, and in total they have  more than 5,000 games for players to choose from. Their claim is that they can have a casino started in just a couple of weeks, once the decision is made to use their white label option. Whether it’s banking, licenses, security or bonus offers, everything can be handled by the company’s team.

The casinos created with their software will offer English, along with many other languages from the region (Vietnamese, Korean, Thai, Chinese, Indonesian, Japanese, etc). The local currencies are also integrated into their platform.

Currently, there are more than 200 casinos which use their products, and they can all choose for themselves which developers they want content from, as GamingSoft isn’t pushing any of them in particular. They claim to be vendor neutral, which is very nice, as it gives everyone equal chances of being picked by casinos.

I haven’t found the exact founding date for GamingSoft, but apparently they started sometime around 2005. Besides the Philippines, the country where they’re based, they’ve expanded to countries like Singapore, Hong Kong, Vietnam and Malaysia, so they have a strong focus on South-East Asia.

It looks like they haven’t lost any time, and in more than a decade they managed to expand in all gambling related markets, offering software for each type of gaming site that you might want to start out. For the Asian market, they managed to become one of its main suppliers.

A couple of dozen games have been designed by GamingSoft under their own name, mostly slot machines which appear to be of excellent quality. While a large number of those games are designed with the Asian market in mind, you will get several more Western style slots as well. Interesting games of theirs are titles like Evil King Ox, Dr Eeerie’s Experiment, Outlawed Gunslinger and Midnight Carnival, and that’s from the Western side of their collection. Looking at the Asian ones, there are slots like God of Three, Justice Bao, Pan Jin Lian or Pig of Fury.

The progressive jackpots aren’t missing from their slots, and one example would be a slot machine like Treasures in Varna, which has four different top payouts to give, ranging from the Mini to the Grand Jackpot. A lot of other games are offering access to those types of payouts though.

I was impressed with the look of many of their slots. It’s enough to check out Samurai Heroes, and you will love what they came up with. Even Treasures in Varna, which shows crystals and rocks for the most part, looks a lot better than other mining themed slot machines.

The GamingSoft collection is varied enough that it should satisfy most player’s tastes. I would recommend games like Samurai Heroes, Pig of Fury or Outlawed Gunslinger, but those aren’t the only good ones.

Unfortunately, I haven’t found information on the Return to Player figures in their case. Whether they have a long-term percentage that is high or low is anyone’s guess. Try out their games for yourself, and see how they work out for you.