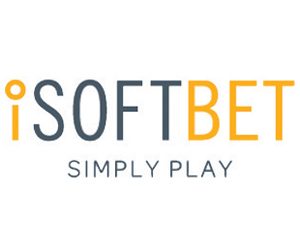 One of the giants of the online gambling industry, iSoftBet has hundreds of games released so far, making it a top 3 company based on volume of content alone. The company was established at some point after 2010, so they managed to create this huge number of games in fewer years than giants like Microgaming or NetEnt. Including their social games, slots and other types of content, it’s estimated that more than 400 titles are available on their platform from their own development studio.

iSoftBet is certified in several countries, allowing them to offer content internationally or locally, depending on each license. Alderney and UK are the major ones, but they also have licenses in countries like Portugal, Spain, Belgium and Italy.

The history of iSoftBet starts somewhere around 2010, though there aren’t too many details on their past. They didn’t lose any time, and they quickly developed a large collection of games in all categories, along with their own platform (GAP), which is offered to casinos. They’re not just simple developers of slot machines, they have over 50 providers contributing with content to GAP, so they are deeply integrated in the online gambling industry.

iSoftBet’s own software platform is made available to operators, a flexible and easy to use solution which includes content from over 50 different providers, including their own titles. They have over 2,000 games in total in GAP (Game Aggregation Platform). With its own back-office included, the platform even allows the operators to manage the free rounds and bonuses for different vendors, from that single spot.

GAP, with its 50+ providers, gives the casinos access to some of the biggest names of the industry. Among them, you will find names like Quickspin, Pragmatic Play, Playson, Habanero, Red Rake, Scientific Games and Wazdan, but this is just to give you a taste. Plenty of others are included, though the giants are missing since they provide their own solutions.

We’re going to take a closer look at the slot machines that iSoftBet offers currently, as those make up the biggest portion of their collection. They have 250+ slot machines online so far, and a lot of them are of high quality. You don’t get to that many slots without launching some lower value titles as well though, and iSoftBet has its share, especially among the older ones. Their recent slot machines are mostly of good quality, the production value being high usually. Thanks to the large number of releases, they also tend to have a lot of different themes.

While branded games are part of the mix, for the most part iSoftBet chose older franchises, either movies or TV series. You have a game that’s based on the 24 series, another using the first Basic Instinct with Sharon Stone, while yet another is based on a popular indie film, called Paranormal Activity.

As evidence that the developer has games for everyone, I’d include the titles which are a bit more racy and probably will be appreciated by males most of all. Titles include here Pin Up Girls, French Maid and Naughty Nurse, to mention some of the main ones.

The features which they’ve included have some options that are unique, or at least very rare, and I will mention the use of extra feature reels here, delivering cash prizes or multipliers. The majority of their games should feel relatively normal though, with features of all types. There truly is something for everyone in iSoftBet’s collection.

To finish off, I will say that iSoftBet seems to be a big believer not just in creating high quality games, but also in launching a lot of them. They provide both variety and high quality to their players, and that’s no easy feat.

Their more recent popular titles have included names like Chilli Chilli Bang Bang, Best Things in Life, Hot Spin or Million Coins Respins. With a constant stream of slot machines being released, there is often a new contender, and generally the ones with better RTP tend to do better.