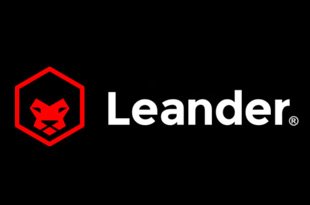 Leander Games is a developer which is based in Argentina, an unlikely place for a slot developer, but one which has worked well for them. They’ve been founded in 2008, so they already had their 10 year anniversary. They managed to amass a collection of about 60 slot machines so far, titles which I’ve found fun to play, and which often have offered unique themes or features.

The company’s servers are hosted in several locations, making them accessible to different licensing authorities. The gaming licenses which have been obtained are from respectable jurisdictions, by which I mean in this case that the UK and Alderney authorities have granted them.

The name of their platform is LeGa, and it’s going to offer casinos games which are both from Leander Games and from some of their partners. It includes options like Platform Level Jackpots, a Loyalty Scheme, Achievements and Freebets. The game partners which contribute with content to their platform include the likes of Spieldev, Reflex Gaming, Revolver Gaming, Seven Deuce, Asylum Labs, MetaGU, Quickspin, Fantasma Games, StakeLogic and Blueprint Gaming, among many others.

There isn’t a lot of information on the history of the company so far. We know that it has been founded in 2008, and that in 2013 they got an award for Social Gaming Supplier, thanks to the features available on their platform. They’ve improved and expanded their collection of games at a relatively low pace, with an average of about 6 new slots released each year. Considering their starting place, Argentina, they managed to do a pretty good job at expanding into this crowded industry. These days, you will find some of the largest casinos in the world among those that are offering their titles.

Somewhere around 60 slot machines have been created by Leander Games over the years. The content they offer is translated in 30 languages and is available to be played in most currencies. I found a lot of their games to be quite enjoyable, the type of slots where graphics look great and features are fun to experience.

I also had no trouble finding some themed games which tell interesting stories. From Gustavo El Luchador I found out about Mexican style wrestling, in Afterlife Inferno I followed Dante’s adventures, on Christmas I tried out Scrooges Jackpot to get into the mood for the holidays, while Reely Bingo gave me an introduction into the world of Bingo without having me leave the slots category.

I also discovered a pretty good mix of special features in the slots they’ve released so far. They don’t just add wilds and scatters/free spins, and that’s it. They use wild reels, multipliers, random features and bonus games, and they make their slots fun to play for more than a couple of minutes.

It should also be mentioned that Leander Games has a couple of games with progressive jackpots, which can make a big difference for anyone. Get your chance at a win in the six-figures range, by playing a slot like Apollo: God of the Sun or Scrooge’s Jackpot, among others.

The games which are most played from Leander’s collection appear to have something extra to offer. The branded games are like that, and as they’re starting to get into this type of slot they’re offering titles like Dolly Parton or Megadeth.

Another set of slot machines which have gotten the attention of a lot of players is actually from a series which is called Reely. The slots in it are based on other casino games, and they’re very well done. Check out Reely Roulette, Reely Bingo or Reely Poker to see what all the fuss is about. Make sure you stick around until you trigger the bonus games, that’s where the magic happens.

The more regular slot machines also have their titles which seem to be preferred, and here I would mention Ave Caesar, Africa Goes Wild and Apollo: God of the Sun.

RTP wise, the games from Leander are all over the place. There will be quite a few which have an RTP that’s somewhere around 95% and sometimes even lower than that, but I’ve also found plenty which start from 96% and go up from there.

Some of my favorites, in no particular order, include Apollo: God of the Sun (97.17%), Megadeth (96.97%), Rise of the Vikings (97%), Trick or Treat (97.17%) and Trip Trap Troll (97.27%). If you want to maximize your chances of getting your money back, these slot machines will do that for you, and they give you good variety theme and feature wise. You just need to check out how much each game offers before you play it, because some of them can be pretty bad in terms of RTP.