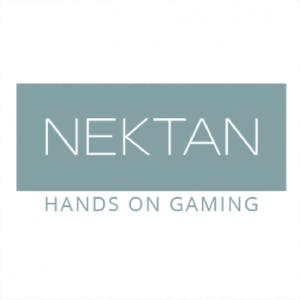 Nektan is a developer of both mobile casino games and provider of a software platform which casinos may use. The company serves the European and the US markets and it’s got several main products on which it focuses. These include their white label casino solution, game distribution for independent studios, a US based mobile casino platform, as well as their own slot machines which they’ve released over the years. Mostly, they seem to have a B2B approach, but I’ve noticed a couple of excellent slot machines as well in their collection.

White Label: the company has a big network of more than 75 brands which they power, originating from more than 50 partners in total, and this is all in the UK market. They have a focus on mobile devices first, and they integrate HTML5 titles from over 15 providers of games. These include well-known developers like NetEnt, IGT, NYX, Konami, Microgaming, ELK, Aristocrat, Scientific Games, Blueprint, Big Time Gaming and several others. With this White Label solution, they do most of the work, ranging from licensing, to website design, payment processing, VIP management, customer service and much more.

Games Distribution: they are also offering games to the casinos that are looking for more content. Their collection of games comes from both renowned developers and from small independent studios. They have slot machines, keno, video poker, progressive jackpots and a lot of other types of games. Exclusivity and limited-release titles from the likes of PG Soft and Konami are also offered through their channel.

Helping Game Studios: Nektan will help smaller studios to certify and integrate their games under the Gibraltar-based Remote Gaming Server that they have. This includes access to the White Label network and to major operators that are using their games.

North America Mobile Platform: it’s designed through a subsidiary called Respin, for the US market, and it allows players to use their own devices at casinos, so they’re able to play even when they’re in their room or by the pool.

As for the regulation aspect, Nektan has its licenses from UK, Gibraltar and Ireland. It’s a company that’s based in Gibraltar. Their main license allows them to offer 10 different game groups, both for desktop and mobile.

Nektan, as a developer of slot machines, doesn’t have the biggest collection and it’s not that well known in this field. Still, they’ve been around for over a decade now, the founding date going back to 2008. The first couple of years we’re not quite sure what they did, but in 2013 they purchased Mfuse Ltd, a provider of mobile services and technology.

This has helped them launch their own gaming platform for the mobile space, in 2014, using the Nektan brand this time. That year they also helped their first partner go live using their white label solution. In November 2014, the company signed an agreement with a US company called Spin Games LLC, to create a joint venture and offer land-based casinos from that country access to mobile technology. This new company would be called Respin. They’ve eventually acquired the rest of the company, and now they have 100% of the shares.

It was in 2012 that they launched their first slot machine, Big 5 Safari, but then they took a break for a couple of years, and they started releasing new games again in early 2014.

Currently, there are 25 video slots released from Nektan, decent looking titles which should be enjoyable. The range of themes in use is pretty good, and while there will be a couple of common stories, such as Get Fruity or China Mystery, I’ve also discovered several others that were somewhat unique. Troll’s Tale,  Cave Raiders HD, Best of British, Elf and Safety or Loaded PI all look interesting.

For the graphics of their games, I’ve noticed that they have variety in the style of the designs they use, which is a good thing. Their games don’t all look the same, they manage to be interesting. As a downside, they use Royals fairly often in their games, though they do make an effort to integrate them in the design. All in all, the design is definitely a plus for their games.

On the feature front, this is where I’m most disappointed with the Nektan slots. They seem to share the same features for the most part. You get a wild symbol, a scatter and free spins, nothing more. In each title that I’ve checked out, these features were repeated over and over again, without variation. If simpler slot machines are your thing, then Nektan’s work might be good enough. If you like some excitement and variety, it’s going to get boring quickly.

As we reach the payouts, we see more of the same thing. The top jackpot will be set to 500x or 1,000x, but once again that’s about as much variety as the games allow. You’re not going to get excited playing them, and there is no huge jackpot offered in most slots.

All in all, they create some decent looking games, but they’re on the simple side feature-wise and the payouts are a disappointment. RTP looks pretty good though, so if simpler slot machines are your thing, give them a shot.

Certain slot machines appear to get more attention at the casinos which have Nektan as their supplier. Best of British is one of those slot machines, while Shamrock n Roll and Gunslingers Gold are next on the list.

A fair number of video slots which are offered by Nektan are going to go past the 96% mark, and those are the ones that I recommend. There are quite a few of them, so I will mention only the ones with the highest RTP. Those would be slots like Best of British (96.6%), Dragons Dynasty (96.6%), Gunslingers Gold (96.6%) and Fiesta (96.59%).