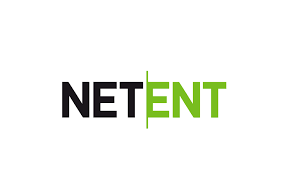 A true giant of the online gaming industry, NetEnt has a long history behind it. With a founding date of 1996, it’s considered to be one of the first developers to start work on building the infrastructure for the online gambling industry, and these days are one of the top names in this particular market. More than 1,000 employees, hundreds of casinos which offer their titles and even more games that they’ve created over the years, these are the figures that tells us how big they’ve become. Quality wise, there is little to say negatively about them, and the crowds tend to love them, their slots being constantly at the top of player preferences.

The company is European, as most are, and it’s based in Sweden’s capital, Stockholm. Their attention to detail and to offering high-end graphics has influenced several other developers which got their start in Sweden, many of the more popular smaller companies in this field being founded by people that left from NetEnt at some point.

NetEnt is no small company, and they offer something for everyone. New casinos have a choice of platforms and software solutions that they can use in addition to the regular web platform, and content is generally made available for all types of players.

NetEnt Live: this is the live casino platform which NetEnt offers, and they make it easily available both to mobile and desktop players. They’re not quite the best live dealer offer on the market (Evolution Gaming gets that first place), but they’re definitely in the top 3. Their platform offers an interface that is easy to use, it’s usable both in landscape and portrait mode and it’s translated in over two dozen languages, with just as many currencies available to players.

NetEnt Engage: This allows casinos to offer players real-time rewards, but they can also do cross-selling between their games. The experience of the player is much improved, the casino earns more money, and overall this set of tools is just an advantage that NetEnt has over the competition.

The online beginnings of NetEnt can be dated back to 1996, but they weren’t complete beginners even back then. They had roots in the Swedish gambling market, and they originate from a brand called Cherryforetagen, which was founded in 1963. NetEnt was created by the son of the man that founded that initial company. Pontus Lindwall made NetEnt in 1996, and that was how it all started.

The NetEnt Casino platform was launched in 2002, and the company became profitable one year later, after they got their first customers. They continued to expand in the years to come, and their Malta gaming license was obtained in 2005. NetEnt becomes its own company, separating from Cherry, and gets listed in 2007 on NGM Equity. In 2009, they also get listed on Stockholm Stock Exchange.

One of the most popular NetEnt slots of all times, Gonzo’s Quest, is launched in 2010. That same year, they obtain a gaming license from Alderney.

The first steps in the mobile market are made by NetEnt in 2011, a year in which they’ve also expanded in Italy, which was freshly regulated.

In 2012, NetEnt joins the Danish market, another newly regulated country, while also signing agreements with several major casinos. They continue to do this, and it all culminates with the signing of 31 agreements with new customers in 2014, with some big ones included in there. That’s also the year when they started working in HTML5, a technology which makes developing for both mobile and desktop devices an easy job. By the end of the year, they become a company worth over 1 billion EUR.

In 2015, the company expands in New Jersey, gets local licenses for Spain and UK, but also signs-up with Danske Spil (Denmark) and William Hill (UK).

The NetEnt mobile casino platform is available from 2016. New regulated markets are getting NetEnt content, including Portugal, Romania and Bulgaria. They also have their first demo of VR gaming at ICE 2016.

One year later, in 2017, they entered another couple of countries and they obtained a gaming license from Canada’s British Columbia.

The future looks bright for NetEnt, a developer that’s widely recognized for the excellent quality of their content. Production value is on average among the highest in this industry, which is incredible when you’re considering the hundreds of games that they’ve done this for.

NetEnt might have a long history behind it, and a lot of connections made in time, but if their games wouldn’t be great, they wouldn’t be such a strong company right now. They’re probably the most popular developer, and their titles have an average quality that is better than pretty much any other creator’s content. Gonzo’s Quest, Dracula or any title you pick from their collection, they will all be impressive visually. The features also tend to be on point. It doesn’t hurt that the RTP is always at 95% or higher, even reaching 98% in some cases.

If there was one thing that I think NetEnt could do better, the maximum payout would be it. Their jackpots are not big enough to impress, and the potential for a single round rarely goes very high. They seem to have more of a low-medium volatility type of collection, and while there are examples of high volatility slots as well, they’re the clear minority. Things have started changing though, and as of the second half of 2018, NetEnt has started releasing Max versions for their slots, which offer higher volatility and much bigger prizes.

As most big developers with deep pockets do, NetEnt has also dabbled in the branded category, and they have several interesting options for their players. Whether it’s a collaboration with the movie industry (Planet of the Apes, Jumanji, Dracula, etc) or with musicians (Guns n Roses, Jimi Hendrix, Motorhead, etc), they tend to go for things that people love and would want in slot machine form as well.

NetEnt has its own pooled jackpots, and they’re among the biggest in the world. Though currently not the largest, at one-point Mega Fortune paid out an incredible €17.86 million. NetEnt is battling Microgaming and their Mega Moolah jackpot for the honor of paying the biggest progressive jackpots in the world. They have a number of other smaller progressive jackpots as well.

Starburst is the clear winner in this case, as a slot machine that most NetEnt casinos seem to be promoting with free spins. It’s a good game, but it doesn’t show what NetEnt is truly capable of. Their other games from the top most played titles are a mix of older popular titles and new releases which are getting extra attention right now. You get titles like Gonzo’s Quest, Twin Spin or Aloha Cluster Pays, but newer games like Double Stacks are also on the list at the moment.

Honorable mentions should go to slots like Dead or Alive or Mega Fortune, the former because it’s still popular after all this time, the latter because of its progressive jackpot which will keep it interesting for a long time.

RTP wise, NetEnt tends to do quite well, no matter at what slot machine you’re looking at. You might get the odd 95% or so RTP in older slot machines, like Arabian Nights, but the recent ones all seem to be above 96%, which is what I would hope from any game.