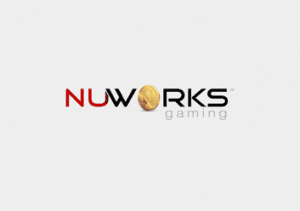 A company which was founded in 2011, NuWorks Gaming Software has connections to Hastings International. The same company is apparently behind another very interesting developer, Real Time Gaming. NuWorks is not a new company in this space, and they have a couple of dozen casino games released.

There are only a couple of casinos where offer their content right now, but I’m sure more will follow. The company has its own software platform, which comes with games in all major categories, from slots to table games and even progressive jackpots. Video poker is also a category in which they appear to be quite active.

With certifications obtained from VeriSign, and with Technical Game Testing auditing their games, we’re fairly confident in the fairness and security of the games they’ve released so far.

NuWorks is the type of developer that we don’t know a lot about. The founding year is 2011, but beyond that we don’t have a lot of information on the company’s history. Hastings International BV seems to be the owner of the company, and they’re also in control of another developer that’s better known, Real Time Gaming. In the years since they were established, NuWorks Gaming Software has worked not just on their own casino platform, but also on a good-sized collection of casino games.

The majority of the games they’ve designed so far were slot machines, but they also have video poker and table games to offer. They’re expanding in this niche fairly quickly in terms of games released, but only 3-4 casinos are currently offering their games. These include Slot Madness Casino, Lucky Club and Buzzluck.

There is a good collection of casino games that NuWorks has been working on over the years, and as of right now they have 56 slot machines in it, plus the table games and video poker titles, so it’s a fair-sized offer. With some very interesting games in the mix, and with over half of them offering progressive jackpots, the slots category is especially fun and it includes 5-reel and 3-reel titles, slots with free spins, with bonus games and with a long list of themes.

First, let’s take a look at the stories/themes which have been introduced in these games. I’ve noticed some cool ones in there, and among those that seem unique I’d include Dogzilla, Catmandu, Birdy Bucks (golf), Batter Up (baseball), Judo Ferret and Moby Duck.

A lot of the slot machines you’re going to see from them have awesome cartoon-style graphics which look good enough to be from a TV animation series. The Duck Tales series seems to have inspired at least a couple of their slot machines. Branded games are also used, the most memorable one being The Three Stooges: Disorder in the Court.

One major category for you to explore is the one providing you with progressive jackpots. Out of the 56 or so slot machines available, 30 have progressive jackpots which can reach a high five-figures amount, so they shouldn’t be discounted. The aim seems to be to get access to the jackpot pyramid, with higher bets giving you improved odds of reaching it.

The more memorable games are the ones that I’d recommend. Some of them are funny, others have great graphics or progressive jackpots, so there are plenty with something good to offer. Red Raiding Hood, Judo Ferret, The Duck Ages and African Skies are a couple of decent releases.

I haven’t found any information on the Return to Player that’s offered in the slots released by NuWorks so far. The slots with progressive jackpots should make for some very good targets though.