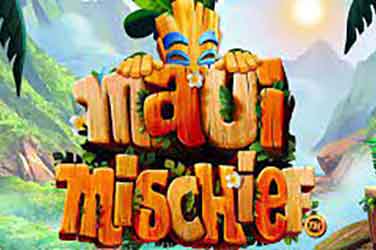 A Canadian company, Old Skool Studios has been around the block for some time, being established in 2010. Their small number of released slot machines, only 4 being available currently, can be explained through the fact that they developed content for other companies for the most part. You will find quite a few slots out there which are designed by them, but which are offered under different names. Old Skool Studios is a developer which is licensed through UK’s Gambling Commission.

According to them, they have certain targets when they create their slot machines, as they’re trying to make them attractive and story-based:

Old Skool Studios has been established in 2010, so while they’re still considered a fairly small developer, they’re actually offering content based on the experience they’ve gathered so far, of which they have quite a bit. The company started out as LM Design Werks, offering services of game creation for companies like GameHouse, Zynga, Rocket Gaming, BC Lottery, IGS or EA. The slots they designed for these companies were highly appreciated. They even created three Steampunk mobile apps for Microsoft’s Windows, at the giant’s request.

The company began by launching their own casino games via the Old Skool Studios brand, starting out in 2014 with a title called Epic City. It was quite popular at the time of its release, and it ended up on some of the biggest online casinos.

They continued to collaborate with other companies and release new slot machines, and as an example, I will mention that in 2015 they did this with King of Kaiju: Rampage Riches, which they worked on for Lost World Games.

A big break for them came in July 2016, when they announced the signing of an agreement with Microgaming, for the creation of 4 new titles. They then launched their own titles on the Quickfire platform, which belongs to Microgaming, so you have the chance to play slots like Epic City, La Rouge and Jewel Quest Riches.

In May 2018, the company released Temperance, a Steampunk-inspired slot, on Microgaming’s Quickfire platform.

As was already mentioned, Old Skool Studios designed more slot machines for other companies, than they did in their own name. Since 2014, they started doing this as well though, and they released Epic City (2014), La Rouge (2017), Jewel Quest Riches (2017) and Temperance (2018). You can find these slot machines on the Quickfire platform, which is operated by Microgaming and is used at the basis of hundreds of online casinos.

The Steampunk genre appears to be an interesting one for these guys, and at least two of their releases so far have used it as inspiration. Besides Epic City and Temperance, the other two slots they launched used a noire-style story (La Rouge) and jewels (Jewel Quest Riches). Graphics quality has always been above average in their titles, I will give them that much.

I’m also quite satisfied with the features which I’ve found in these slots. They’re not boring to play, they’re not relying solely on basic features like other developers, and they truly seem to want to offer something exciting to play. Perhaps this explains the small number of slot machines that they’ve released so far. I’d expect this to change, since they signed their exclusivity agreement with Microgaming.

By far, the most popular title that they’ve offered, out of the 4 that are available at casinos, Temperance appears to get the most attention. Their first slot machine, Epic City, was also quite interesting and the big casinos included it in their collection in several cases.

If the percentage indicated by the developer as the Return to Player is something that you’re relying on to choose your games, then the titles that were released by Old Skool Studios so far might not be to your liking. All of them are quite close to the 95% mark, so they would be considered below average right now.

Their latest and most popular release, Temperance, is at 95.02%, while the highest one is Jewel Quest Riches, with 95.19%. That’s about as good as it gets in their collection, but perhaps their future releases will be more attractive in this area.