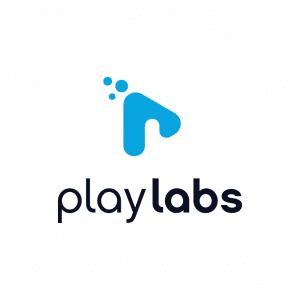 Play Labs is a developer about which surprisingly little is known, though the company does have more than two dozen casino games created already. They’re using a EU domain for their official site, so it’s safe to say that they’re based in the European Union, though there are a lot of possibilities within that region. In the following review we will mostly cover the games that they offer, as there is little information on their history or even RTP.

The two main categories of games in which they seem to offer content are video poker and video slots. There is no mention of the developer offering their own software for casinos, so they seem to have only this focus on games.

As we’ve mentioned, there is surprisingly little information out there on Play Labs, but we do have their games, and with 28 released and their demos still active, chances are that they’ve been around for at least a couple of years. That kind of game collection doesn’t appear overnight.

A total of 28 games are currently made available via Play Labs, and they are split into two categories. 20 of those titles are made up of their slot machines, while the remaining 8 are all video poker variants.

The Video Poker section includes several types which should be popular with players. These will include All American, Joker Poker Kings, Aces and Faces, Tens or Better, Double Joker Poker, Jacks or Better, Deuces Wild and Double Bonus Poker. Each version has its own style, but the basis in each case comes from the 5-card draw poker.

As for the Slots category, the one that’s richest and which offers us 20 different titles to explore, there is a decent variety of experiences being offered here. We’ll get into a bit more detail about what is offered below.

First of all, the thing you will notice once the game loads is the theme that’s used and the type of design available inside. The developer does relatively well in both areas. For one, they have some very interesting themes, such as the ones from Follow Me (Native American/Wild West inspired and with a sexy vibe), Botticelli Treasure (art themed, using the paintings of Botticelli for symbols), Teen Zombies (a funny zombie themed release), The Milestones (a play on The Flintstones, featuring a family of cave people) or Aca Toro (bullfighting). The list doesn’t stop there, and there will be several excellent themes on their list, which will feel unique.

Moving on to the graphics which are available in their games, I think you will find their slot machines to be doing quite well in this area. Though you can still expect some slot machines to feature Royals as triggers for jackpots, the games also have themed symbols which sometimes have a 3D design, other times they’re closer to a comic book drawing. Brave Warriors was an especially interesting game, using only themed symbols and images which are highly detailed.

If you’re interested in features, then you should know that the ones provided by Play Labs can look pretty good, but also that they’re following the trends. I haven’t seen any rare options or innovations in their collection. The typical approach is to go with wilds, multipliers, free spins and scatters, plus bonus games as well in some cases. These are all expected features, so there isn’t anything special there.

Finally, the rewards that are offered in the best combinations will not go very high. A lot of their slots will have potential of up to 500x or 1,000x the stake, which is OK, but not impressive by any standards.

I’d go for the games which look best or which have the most features. We don’t have any real data on which games are most popular from Play Labs though, they’re just not available at enough online casinos.

We haven’t seen any information on the kind of RTP that is available in the slots released by Play Labs.