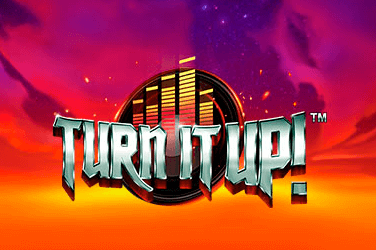 A company which was established in 2010, Push Gaming is based in United Kingdom and they’re developers of games for the online gambling industry. They don’t have a decent collection of games yet, only 25 slot machines currently, but their few titles have already gotten the attention of players, and the big casinos tend to include them in their offer. The company is licensed in UK, so the online casinos from their country tend to have them on offer. It’s a small company, with a couple of dozen developers, but they’re definitely heading in the right direction and they’re growing. They’ve especially made waves recently with high volatility titles like Fat Rabbit, Wild Swarm and Jammin Jars.

In addition to the UK gaming license, Push Gaming is also holding a certificate as an Alderney Associate Supplier, and they’re being audited by the well-known eCogra.

Established in 2010, by Winston Lee and James Marshall, the company started out with the idea that they want to take the land-based slot machines to the online. They seem to have moved away from that idea eventually.

The company licensed games in 2011, from the likes of Ace Gaming, Psiclone Games and Magic Dreams, and in 2012 they released their first game to the Gala Coral Group. 2012 also saw them signing partnerships with Microgaming, OpenBet and Playtech, and their content became available on those platforms as a result. They also launched games at the likes of Rank Interactive and William Hill.

In 2013, they decided to create their own slot machines, and they chose HTML5 as their technology. They launched content in both HTML5 and Flash at first, but in 2015 they went with the former only, and they released Golden Farm.

Deals with Relax Gaming to offer their slots to operators, as well as with Leo Vegas and Hero Gaming, were signed in 2015 and 2016.

They started launching more slot machines after that, and in 2016 they finished Humpty Dumpty, Meet The Meerkats, Peter and the Lost Boys, Ultimate Dream Team and Gems of the Gods. At that point, they had a collection of 9 games, yet they were available at 20 casinos. They finished 2016 in a strong way, with their first progressive jackpot titles, called Powerforce Heroes and Powerforce Villains.

Push Gaming currently offers 25 high-quality slot machines, with awesome graphics, high RTP and only average payouts in many cases, though bigger ones are available in their recent slots.

Their recent increase in popularity could be attributed to their launches of slot machines of high volatility, which players seem to prefer, as they usually come with bigger payouts as well. If you look at a slot like Jammin Jars, with its 8×8 reels, it’s also going to give players a unique experience. It’s a developer that seems to prefer the regular paylines in most of their games, so I haven’t seen ways to win in more than a couple of titles.

Something that made them stand out, the graphics in their games always seem to be top notch. You can see it in their older slots as well, not just in recent ones. A favorite of mine would be Golden Farm, but Meet The Meerkats is also fun to look at.

Expect to find only HTML5-based slot machines from them, so you can play them on all platforms which support this technology, from smartphones, to tablets or desktop PCs. They’re optimized for use at mobile casinos, so they’re definitely adapted to the current times.

The most popular current titles in Push Gaming’s collection appear to be the latest ones they launched, but it’s not just because they’re new. The higher volatility of games like Fat Rabbit, Wild Swarm and Jammin Jars seems to be preferred by players. Viking Clash, Blaze of Ra and Turn It Up are a few others that are among the player’s favorites.

If you’re the kind of player that looks at the RTP of the slot machines you try out, then you will love Push Gaming’s collection. Pretty much all slots that I’ve run across are over the 96% that most consider to be acceptable these days. The ones which are at 97% or slightly higher include Wizard Shop and Wild Swarm, but all the others are very close as well (usually at least 96.5%). They certainly have the right idea, and they give enough back to the players, that I’d recommend you check them out.