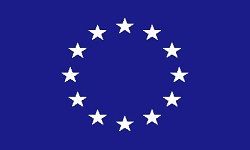 European online casinos are located in 50 different nation-states, so the regulations are going to be a mixed bag. While the European Union tries to move laws towards international standards, the people in those countries and their leaders maintain their sovereignty in most cases. Gaming laws are a way to study how European states maintain their independence of choice.

That being said, the EU Court and EGBA tend to have reined in the greater excesses, at least inside the 28-member European Union. The dynamic is in many ways similar to the one between the U.S. federal government and the 50 U.S. states, though the power dynamic between the governing bodies might be different. Though the EU’s writ might not be as strong, let’s take a look at how European casinos are regulated from the top down.

EGBA and the European Union

While the EU represents a little over half of the European countries, it combines many of the most prominent gaming jurisdictions: Italy, Spain, France, and Germany. The European Gaming and Betting Association or “EGBA” was created by EU countries in 2007 to regulate the online casinos, sportsbooks, sports exchanges, and poker rooms of Europe.

EGBA’s goal is to create a fairer, better-regulated online gaming market. Under EGBA’s leadership, the interactive gaming laws would be more standardized. Protectionist policies like those practiced by EU members like Sweden, Greece, and (sometimes) Germany would not exist. Unfortunately, not every EU member has joined EGBA, so the framework of its legal authority is still a work in progress.

German Online Casinos – Germany is a case where EGBA worked. In 2012, Germany passed the 2012 Interstate Treaty on Gambling, which was ratified by 12 of the 13 German federal states. The new law was designed to replace a 2008 ban on online gambling sites. That would have been considered a good thing, but Germany wanted to set up a system which would have favored its own native gaming operators over international online gambling companies, which went against the spirit of EU law.

EGBA successfully challenged the Interstate Treaty on Gambling, and Germany eventually scrapped the 2012 law. That leaves in place a fairly solid ban on online gambling in Europe’s biggest national economy. Twelve of the states have fairly uniform laws, with Schleswig Holstein as the lone exception. The small German state on the border with Denmark has more liberal laws, which sometimes flout German federal authority. As of 2015, a full agreement is yet to be produced between the German federal government, its 13 states, and EGBA.

French Online Casinos – In France, online gambling is banned. That was not always so, but after French ISPs refused to adhere to a ban on online gambling in 2010, the high court of France (Tribunal de Grande Instance de Paris) levied major fines on Internet service providers which did not help enforce a ban. Since that time, an online gambling ban is strictly enforced in France.

The French regulatory body known as ARJEL is the key agency in enforcing that ban. In French, ARJEL translates to the “Regulatory Authority for Online Games”, which was founded in May 2010 under Article 34 of Law Number 2010-476.

Spanish Online Casinos – The Spanish National Gambling Commission oversees interactive gaming in Spain, but it takes the opposite view of ARJEL. Spain had no regulated online gambling until 10 years ago, but new laws encourage investment in the market. 2012 opened the door wide for online casinos, so a few more top European online casinos go live in Spain each month since then.

Italian Online Casinos – Italy has followed a similar trajectory to Spain. Italy passed pro-online gambling laws in 2011. Since then, the top European gaming companies have invested heavily in Italian gaming. In 2015, it is the fastest-growing gaming market in Europe. With the advent of the Point-of-Consumption Tax in the United Kingdom, UK companies have looked for new revenue streams to replace lost revenues. Often, Italy is the target of that investment.

Holland and Belgium – Holland passed a new law in 2015 which allows international online casinos to operate in the Dutch market. Now, online companies pay 20% taxes on winnings, while land-based companies pay a 29% tax. Belgium went in the opposite direction, enacting a total ban on iGaming in the country. The Belgian Gaming Commission (BGC) works closely with financial institutions in Brussels to go after transactions involving online betting, so the ban is a strict one.

Swedish and Finnish Casinos – Finland has a growing online gaming industry with local laws which encourage such growth. The nearby Baltic States, Estonia, and Latvia, are hubs for online casinos who operate live dealer online casino games. Norway has a 100% total ban on online casinos.

Sweden is a constant source of friction over its gaming laws. The EU Commission has accused Sweden of unfair and protectionist laws which ban foreign competitors while allowing Swedish companies to operate. This is currently being contested, with no resolution in sight.

Despite the dispute, Sweden’s online gambling industry is full of names gamblers will recognize. Online slot machine software provider Net Entertainment is a Swedish company. Also, gaming operators like Unibet, Betsson, Boss Media, Mr Green & Company, and Yggdrasil are also Swedish firms. The crux of the dispute between Sweden and the EU is that these companies are allowed to expand throughout Europe, while Sweden does not allow a commensurate expansion of international companies into its gaming market.

Czech Online Casinos – The Czech Republic recently passed a law which legalizes and regulates online casinos in the country. The tax rate on such gaming could be as high as 40%, which would effectively squelch foreign investment in the market.

Russian Interactive Gaming – Vladimir Putin is against foreign-operated online casinos being used by Russian Federation citizens. Thus, Russia has a ban on online casinos operating in its borders. A few native online sportsbooks exist, but in 2015, the Russian parliament, the Duma, began considering a law which would charge sportsbooks for their use of franchise names in making betting lines and setting futures bets. Russia’s online betting is another indication that Putin and a small oligarchy are going to control the profits, or else no profits will be made at all. 110 Russian people own 40% of the country’s wealth.

Poland and Ukraine – Both Poland and Ukraine have total bans on online gambling. One expert believes the Polish government loses about $178 million a year in tax revenues due to its ban. The Ukrainian Duma passed a law called “On Prohibition of Gambling Business in Ukraine” to ban Ukrainian interactive gaming.

Hungarian Online Casino – Hungary allows Internet gambling, but it follows a set of protectionist policies similar to Sweden’s. The EU Commission has warned the Magyars not to continue with such policies, but the two sides remain at an impasse.

Greek Online Casinos – Ever since a 2002 gaming law, online casino gambling is banned in Greece. In truth, the authorities do not prosecute such activity, but the law effectively drove online gamblers from the cyber-cafes. Gambling in the privacy of one’s home is still allowed or at least overlooked.

Greece follows protectionist laws, which have protected the country’s perennially corrupt national lottery, OPAP, since 1958. The country has a law which allows online casinos to operate there, but those companies must register in Greece while maintaining their sites on Greek servers. This means such companies would be subject to Greece’s prohibitively high tax rate. The law also would require players to obtain a special gaming license, which again is an unworkable proposition.

The betting exchange Betfair brought a case against Greece before the EU. The European Union has told Greece that it needs to bring its laws into alignment with EU gaming law, but the bankrupt government has yet to comply.

UK Online Casinos – The United Kingdom is a European country, but often seen as separate from the European continent. The UK is a part of the European Union, so its gaming industry should be mentioned in brief. The UK Gambling Commission regulates gaming in England, mainly based on a 2005 law. The 2014 Point-of-Consumption Tax imposes an additional 15% on winnings from UK residents.

The countries many gaming companies are active throughout Europe, which is the main reason the UK needs to be mentioned. Below is a list of UK gaming companies. Most either have their own online casino brand, or they support many online casinos through licensed software offering slots, roulette, video poker, and blackjack.

Gibraltar Interactive Gaming – Many of these companies are licensed in Gibraltar, though a few are licensed in Malta, the Isle of Man, or Alderney. A solid number maintain headquarters in Gibraltar, a Crown Dependency. Because they live in a tax shelter, it’s hard to say how to categorize such companies. 888 Holdings, Stan James, BetVictor, and a host of other companies might be considered Gibraltar online casino companies, but they are part-and-parcel of the United Kingdom.

Irish Online Casinos – Ireland has its own online casino industry. Paddy Power Casino, a sister site to Paddy Poker, is the most successful of these. CryptoLogic was a longstanding Irish online casino software provider, but the company has since been purchased by the Canadian software developer, Amaya Gaming.

The key currency is the Euro, because it is the official currency in Spain, Italy, Germany, France, Belgium, The Netherlands, Ireland, Finland, Portugal, Latvia, and Estonia. At the top sites, all the native languages are going to be supported. Therefore, you’ll find casinos where Spanish, Italian, and English are found alongside Dutch, Czech, Finnish, and Romanian.

As you can see, the European gaming market is diverse and complicated. Any survey of the industry which isn’t book-size in length would be incomplete. Read our national pages to get more detailed insight into each of these gaming jurisdictions.