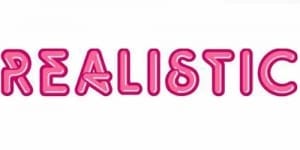 Established in 2002, Realistic Games is a company which has been fairly active in the gaming niche since its appearance. They’ve been operators and developers, and their offer includes not only a decently sized collection of slot machines, but also quite a few table games which use the Realistic brand. As of right now, they offer 70+ casino games.

The gaming licenses which they’re using originate from Gibraltar and UK. The company is based in Gibraltar at the moment, but they have offices in UK as well. Another important piece of information about their efforts to provide a safe environment for their players is related to the testing agencies which have looked at their RNG and games. The auditors they mention are called GLI and SQS.

The story of Realistic began in 2002, the year when the company was founded in UK. The team that was there at the start was comprised of members which had experience from the gaming industry already, decades worth of it, so they weren’t starting from scratch.

In the initial period, between 2005 and 2009, they released about six games, and they offered them to casinos by using platforms which were created by others. This way, they reached with their products some of the industry’s giants, including here Bet Victor, Bet365 or Ladbrokes. Among those first titles that they launched, you can find some of their table games, including Hi Lo Gambler, Blackjack and Roulette.

They weren’t happy with the outcome though, and they chose to design their own platform. They worked between 2008 and 2010 on it, so for about two years, and ReGaL was then released in 2011. This would become their own platform, which they would use to launch all their future products on. The customer that integrated it first was Stan James.

Realistic began producing HTML5 content soon after that, one of the first to embrace this technology in order to release mobile games. Both table games and slots were launched then.

The recognition for their efforts came in the following years, when they received award nominations and they signed many big customers, including brands like Bet Fred, Betfair, Gala Coral or William Hill, among many others.

In 2014, the company obtained the Remote Gambling License, from Gibraltar’s jurisdiction. As a result, they also moved the company’s HQ there.

There are two main categories of games which are available at Realistic Games, and together they currently have a total of 73 titles. The majority are from the Slots category, but Table Games also have several notable presences (Blackjack in several versions, Baccarat, Roulette and Keno).

Getting back to their Slots, that’s where you will find most of the games they’ve designed over the years. They have a mix of 3-reel and 5-reel titles, some of them decent looking, while others are more on the basic side. Unfortunately, the graphics are mostly average in the slots I’ve seen them release. On the upside, some of their 3-reels titles do look better than I’d expect, and I will give Splashtastic as an example here.

While they have their fair share of classic slots, even those tend to have some good features to offer. Nudges, Super Spins and other features may be found in these games. As for the 5-reel titles, those can do even better, using wilds, multipliers and bonus games.

When you’re looking at the games which have proven most popular from Realstic, I’d suggest taking into consideration both their recent and their older releases, as both can be interesting. The top four slot machines from them, which are getting extra attention and promotion at casinos, include the likes of Big Wheel, Clockwork Mice, Black Ice and Bully4U.

I’m not that crazy about the potential payouts which are offered in the Realistic slot machines. The absolute best ones I’ve seen will feature an RTP that doesn’t even reach 96%. Over The Rainbow is the champion, at 95.87%, with The Fruit Factory close behind with 95.86%. It Came From The Moon (95.76%), Hot Cross Bunnies (95.64%) and Symmetry (95.56%) follow them in the company’s top 5 best paying slots.