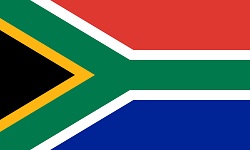 South Africa’s online casino industry is in flux at the moment. Online casino gambling is banned in the country at the moment, but lawmakers keep seeking to pass laws which would legalize and regulate the industry. Online casino operators are caught in the lurch, because they are told those which operate illegally now might be banned under any nationwide legalization process similar to the United States.

Of the online casinos operating in South Africa at the moment, only English and Afrikaans are language options. South Africans might find that strange, since their country is third in the world in its number of official languages (11). A number of Bantu languages are considered official, including major ethnic languages like Zulu, Swazi, and Xhosa, as well as other significant languages like Sotho, Northern Sotho, Tsonga, Tswana, Venda, and Ndebele.

A website called “Slot Powers” caters to those who speak Afrikaans. Afrikaans is the language of the ethnic Dutch (“Boers“) who settled in South Africa before the British Empire annexed the country. The Boers were notably hard-bitten settlers who fought against the might of the British Empire in two bitter Boer Wars (1880-81, 1899-1902). The term “commando” comes from the soldiers who fought on the Boers’ armies in the 2nd Boer War–a mark of distinction the British used when they first formed commando units in World War II.

Real money online gambling in South Africa is kind of in limbo in late 2015. Some wonder if the measures are not further away from passage than ever, while certain South African lawmakers suggest the continued efforts indicate a readiness to pass such a law–in the right circumstances.

In fact, the NGA has an ambiguous stance towards online gambling. It says that online gambling is legal, if done through a licensed “South African bookmaker”. Presumably, this is only for sports betting and racing, though.

All other online casinos operating inside South Africa support the English language, but no other. The only legal gaming sites listed on Online Casino city are Supabets and Kruger Bets, which are sports betting sites. Supabets is said to use Sportrader software, while Kruger Bets uses BetTech software.

Otherwise, the only other sites listed as legally taking “wagers” are ACM Gold and CM Trading, which are Forex trading sites. The online gambling industry in South Africa is therefore next-to-nonexistent. No doubt, illegal online gambling takes place inside South Africa, because prohibition of such vices never work–they simply drive it underground.

At present, 37 legal casinos are located in 35 different South African cities, including Cape Town, Durban, and Sun City. Three casinos exist in Johannesburg. Neither Soweto nor Pretoria, the 4th and 5th largest cities in South Africa, have land casinos. Also, 10 horse tracks operate in South Africa, including 2 each in Cape Town and Port Elizabeth.

In practice, it would seem that horse racing, sports betting, and forex trading are considered legal. Online poker and casino gaming are illegal. This has not stopped lawmakers from trying to pass the “Interactive Gambling Bill”, which would make iGaming legal in the country.

The National Gambling Board is the chief gaming authority in South Africa. In 2011, the NGB released a statement in which it stated that all casinos in which the results were produced “in cyberspace” are considered illegal.

At the same time, the NGB said that sports betting or racing bets conducted over the phone or the Internet are legal. So it should be noted that anyone gambling at an online or mobile casino while inside South Africa is doing so illegal. Such gambling does take place, though.