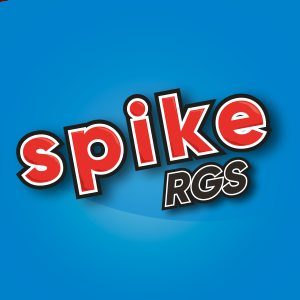 A newer developer, established in 2014, Spike Games has been founded in UK and it has behind it one of the industry’s veterans, Rob Anderson. This is a developer which has its gaming license from the UKGC, so it’s got the right to offer their products in UK, one of the toughest jurisdictions at the moment. It’s not offering a huge number of casino games so far, but they’ve been working on their own Remote Gaming Server, and it’s currently available to operators.

SpikeRGS: this is the company’s own Remote Gaming Server. It’s hosted in UK based cloud servers and through it the company distributes their own games. The certification and licensing for their RGS is through UK, using their Remote Gaming License.

The history of Spike Games goes back only to 2014, so it’s not a very long one. The founder of the company is Rob Anderson, someone with experience in this field, which has worked for the likes of Mazoom and Barcrest to begin with. Later on, he founded other companies in the gaming niche, including Alchemybet and Cometa Wireless. Spike Games is his latest company, and once again it’s gaming related. This game studio is based in UK and locally licensed. The HQ of the company is in Sheffield, England.

Over the last couple of years, Spike Games seems to have had two major development directions. One was related to their own slot machines, of which they currently have half a dozen titles. The other direction was on their own Remote Gaming Server. SpikeRGS was the result of that hard work, and they’re currently offering this product to operators.

Since a fair amount of attention from Spike Games went to the development of their own server, the game collection is still on the small side. They list a total of 8 slot machines on their own site. They’re interesting to play, particularly the candy themed ones, which have unique gameplay styles.

Theme wise, the game has several with a candy, gem, cuddly animals and Irish luck, so different in that regard, but with similar gameplay style and lots of reels and symbols. Slot machines which appear to be somewhat more regular will include titles like Alice Cooper, Quest for the Book of Pharaohs or Charm of the Emerald Girl.

Spike Games isn’t shy about trying out new things, as you will find out for yourself in a slot like Ocean Blaster 2, a fish shooting game. Others are a bit more regular, but they can still have up to 10 reels, big multipliers, free spins and all sorts of other cool options.

I have no data on which games are most popular from their collection, and it’s understandable since it’s such a young developer. However, I’d bet good money that their first branded release got plenty of attention, and that would be Alice Cooper: School’s Out for Summer. Other games which I’d recommend are titles like Super Candy Cash or Star Drop, both featuring a high RTP.

Spike Games does announce the RTP for all their games, and since there are only six of them right now, we will tell you what they’re all offering.

Shamrock Shuffle is at an excellent 97% RTP. That same RTP can be found in Star Drop as well, along with Super Candy Cash. Alice Cooper: School’s Out for Summer is a branded release obviously, with a Return to Player set to a very good 96.88%. All the other games they’ve released so far will sport an RTP of 95%, so it’s nowhere close to the ones from the first few games I’ve mentioned. Ocean Blaster 2, Cuddley Cash, Quest for the Book of Pharaoh and Charm of the Emerald Girl are all at that level.