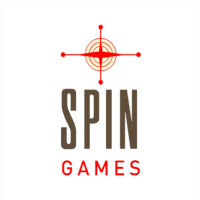 Spin Games has been established in 2012, with the man behind its beginnings being Kent Young. It’s a Nevada based company, from Reno, so it’s clear that the gaming market was its target from the very beginning. The company is a developer of custom gaming content and of premium solutions. They work for both the online and the land-based sides of the industry. Already, they have three dozen games released, done in HTML5 and 3D, titles which are a pleasure to play. As you will learn below, they also have a side that delivers their very own Remote Gaming Server, called ROC.

ROC RGS: this is the company’s own Remote Gaming Server, which they offer to operators of casinos. It allows for real money wagering and it is a content delivery system which is built with the online market in mind. HTML5 games are supported by ROC, and in fact they claim to have one of the market’s most feature rich game engines based on HTML5. The company pushes the envelope when it comes to the capability of current devices and browser technology.

Among the benefits they mention for ROC, there is the RNG system which is tested by GLI, delivery both for desktop and mobile and an API which allows for the integration to be easily made in the background.

As for the gaming license used by the company, they mention that they’re regulated and licensed through UK’s Gambling Commission, and they’re considered a remote software supplier.

MIG – Multiplayer Interactive Gaming: this is another system which was developed by Spin Games. It’s designed to let players use their smartphones and other devices, to play games in multiplayer mode, with options to place wagers, participate in tournaments or have access to social gaming. They have mostly card games which can be played in this mode.

3ML3: also known as Multi Layered 3D technology, a proprietary option, it allows them to create HTML5 games which include an illusion of field of depth, so this makes it look like a 3D game.

Spin Games was founded by Kent Young, back in 2012. The company is from United States, with offices in Reno, Nevada. The aim being their appearance was to have them develop technology and games for the gambling industry, covering both the land-based and the interactive niches. More than two dozen employees are currently working at Spin Games, making this a relatively small developer. Still, over the last 6 years they’ve created RON, their very own Remote Gaming Server, along with about 40 different casino games.

They’ve also signed partnerships with a variety of companies from the industries, including quite a few big names. I’ll mention just a few, the likes of IGT, GreenTube, NYX, Amaya or WMS, but there are many more.

You will discover that the majority of the games released by Spin Games so far will belong to the Slots category, but there will also be categories like Action Bingo, Video Poker Royale and Keno. Currently, they have 28 slot machines, 7 video poker, 4 action bingo and 1 keno game, so a total of 40 games released.

I’ve noticed quite a few slot machines in their collection with a local flavor, inspired by different parts of the world. Liberty Belles is like that, as is King of the Luau, Flying Horse, Fiesta Senorita or Filipino Beauty. I’ve found their game graphics to be adequate for the most part, with the high symbols being especially well designed. As usual, Royals are also part of most of their games, and they’re not very interesting to look at.

I’ve found two major features which are designed by Spin Games, and which can be found in their collection of slots, with patents obtained for them. Some innovation does exist then, which is always great to see.

Gambler’s Multiplier: this is one of the feature sets built into the game, using a 52 card deck to allow players to gamble their winnings whenever there is a win of at least 10 credits in the game. It’s a Hi/Low type of game, which delivers random multipliers or credit wheel spins if you guess correctly.

Wheel Power: this bonus module can be used to give players access both to extra spins and multipliers. It relies on the use of two wheels which will spin. To trigger them you need a Wheel Power icon scattered on the 1st and 5th reels in the base game.

Spin Games does well by its players, giving them a variety of unique and interesting themes in their slots. You might enjoy games like Bootylicious, Liberty Belles, Triple Bombshell Betties, Queen of the Skies or Wild Warrior. Plenty of others are available and fun to play, depending on each player’s tastes.

I’ve found no information on the Return to Player from the slots released by Spin Games. It’s not mentioned in the paytable and I couldn’t find no other sources for it, unfortunately.