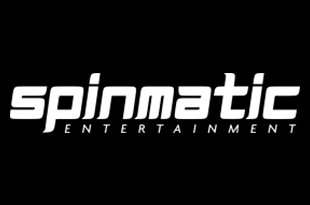 Spinmatic is a company which has appeared in 2012, with offices in Malta (HQ) and Istanbul (development). They’re currently based in Malta with their HQ, and it’s a company which gets its gaming license from there obviously. The big focus of this developer, which claims to be capable of launching 30 new games each year, is on slot machines, of which they offer regular, classic and progressive jackpot variants.

You will be happy to hear that the company has its RNG system certified with iTechLabs, a well-known and appreciated independent auditor.

The start of Spinmatic’s history appears to go back to 2012, when the company was created. They moved in their first offices in 2013, in Istanbul, Turkey. Another office was opened in 2016, this time in Spain. Later that year, in October 2016, Spinmatic released Egyptian Stone, their first slot machine. Before the year was over, they also released three other slot machines, called Galacnica, CosmoMix and Mr. Hat: Before the Sunrise.

In 2017, the company continued to expand, moving their headquarters in Malta, under the name Spinmatic Ltd Malta. They participated at ICE Totally Gaming 2017, they launched multiple new games and they moved their Istanbul based workers into new offices, so it was a pretty full year for them. Even better, they got their first customer to go live in September 2017, and one month later they obtained their RNG certificate.

Since then, they were part at several gaming exhibitions, including EIG Arena in Berlin, Sigma iGaming in Malta, or ExCel in London. As of right now, they have 23 slot machines released, but they mention on their site that they deliver 30 new games each year, so there is a lot more to come from this developer.

Available in multi-platform form, being designed in HTML5, Spinmatic’s 23 slot machines are excellent choices for anyone interested in something with high-end graphics. I loved the design in most of their slot machines, they’re modern and the attention to detail is excellent. It’s enough to look at the likes of Plata o Plomo, at Holly Molly Hole or Wild Cat, and I’m sure you will be just as impressed as I was.

I really enjoyed the themes they picked as well, not just their graphics quality. One might deal with Pablo Escobar’s life (Plata o Plomo), another is inspired by an old lady’s love of classic slots (Rosemary), and then you also get slots where miners have pet moles (Holly Molly Hole), where pirates roam the oceans (Calico Jack) or which simply get inspiration from gorgeous farm birds (Rooster).

Some of their games might have only 3 or 4 reels, while others deliver 5 reels. The features are more on the basic side, revolving around wilds, scatters, bonus symbols, free spins and bonus games. These are all options that we expect to find from all developers, so there is nothing rare or unique to be found there. They’re solid games though, usually with a high RTP, so the features might not be as relevant, depending on the type of player that tries them out.

It’s still a small developer, so its games aren’t played quite as often as those from the major names, but there are some slot machines which seem to stand out. Titles like Fancy Jungle, CosmoMix, Real Life Super Heroes, Galacnica and Calico Jack are all fun for players.

Luckily, Spinmatic seems to be announcing the RTP for all their games, so with a bit of research beforehand you can easily see which ones are worth playing.