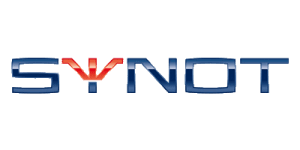 Synot Games is a developer which has been established a long time ago, its history going back to 1991. It’s based in the Czech Republic and these days it’s a major player in Central and Eastern Europe. The company is offering several dozen high quality games, which are split into three major categories, between video slots, fruit slots and roulette variants.

This is not a small company, even though you might not have heard of it, depending on the country where you’re from. They have 3,000 employees and they are present in 20 different countries, and they have the quality of their work and the easiness of integration for their content to thank for their fairly wide reach. Synot Group is serving both land-based and online locations, so it’s got its fingers in plenty of different niches of this market and even outside it.

Synot  has more than 25 years of experience by now, and through their online arm, Synot Games, they launch 14 new games each year and apparently about 60+ experts work in their development team.

The story of Synot began in 1991, in the Czech Republic. The company’s base of operations is in the country’s capital. They began as a producer of lottery equipment in that country, and as time went by they expanded to different areas by acquiring companies which were related to their work. They expanded quickly. These days, the Synot Group has thousands of employees and they are present in 20+ countries.

As for the online games that they create, those come from Synot Games, one of the company’s divisions. This part of the company only has about 60+ employees, but they create an impressive number of new casino games each year. These are offered at Full HD quality.

Their work can often be admired at trade shows from the iGaming industry, where they are participants and have their own booths.

Somewhere around 40+ games are currently offered by Synot Games. The developer mentions that 14 new titles are added to their collection each year, so they should be able to double that number fairly quickly. The classic and video slots are going to provide the bulk of that collection, but I’ve also found 6 variants of roulette (Diamonds, VIP, Ultimate, Platinum, etc).

To get back to their slot machines, the ones which provide you with the most variety, the stories they tell can be quite varied. This is of course if you don’t look at the games which are offered with fruit themes, the classic ones which are usually on the simpler side. But, to get back to the video slots, those come with themes ranging from adventure (Book of Secrets), to blood-sucking monsters (Vampire Bride), fantasy (Dragons of Fortune) and even hell (Hell Mania).

Payout wise, the games can do pretty well, with a high enough RTP for them to be competitive. The volatility tends to be low or medium, so they don’t have that many highly volatile titles. They’re missing out on that part of the market.

Finally, if features are your thing, you will be glad to hear that their slots offer stacked wilds, free spins, expanding wilds, multipliers (fixed or increasing ones), scatters and re-spins, along with plenty of others. You don’t get them all at once, but they’re combined in different configurations in the Synot slots.

Joker 40, Respin Joker, 6 Fruits and Hell Mania, these are a couple of games which appear to be more popular from the Synot Games collection. They do release a lot of new games, so things may change as others come in.

While I’ve seen games from this developer offer RTPs as small as 93%, most of their slot machines appear to do a lot better than that. I’ve noticed that most of them are above 96%, though not necessarily by a lot.

Some of their top paying slot machines, in terms of RTP, include Mysterious Atlantis (96.24%), Fruits n Fire (96.19%), Moonlight Fortune (96.1%) and Double Hot (96.07%), with plenty of others in that narrow range. They’re doing very well overall, and while there are plenty of developers offering even higher RTP on average, Synot Games is definitely not one to ignore.