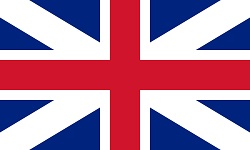 Online casinos operating in the United Kingdom encounter one of the most developed set of regulations in the world. Over the past 15 to 20 years, UK gamblers have been given a wide range of legal gaming options, because of the stable and progressive nature of British gaming laws. In recent times, players and operators alike have faced new challenges which cast a shadow over the British online gambling industry.

Over the course of this article, I’ll discuss the legal aspects of gaming online in the UK, discuss the currency options real money players are offered, and give an overview of the most popular gaming providers in the United Kingdom. Let’s start with the legal situation.

The UK Gambling Commission oversees most aspects of land-based and online gambling in the United Kingdom. The commissioner regulates land casinos, online and mobile casinos, sportsbooks, bet exchanges, and Internet poker sites. Non-casino gaming like bingo is also regulated by the Gambling Commission.

The UK Gambling Act of 2005 is the main statute which sets down gaming regulations in the country. The 2005 law was a major overhaul for the industry, because the previous overriding law had been passed in 1968. Suddenly, everything from bookmaker ads to online signups faced new regulatory oversight. Thus, England went from a virtually unregulated industry to a highly-regulated authority.

That authority was extended in 2014. The point-of-consumption tax was added to UK gaming laws in late-2014. Some of the biggest UK online gaming companies relocated their headquarters to Gibraltar or Malta over the past years, which acted as tax havens.

The British government decided to close that loophole by imposing a 15% on all online gaming based not on where the gaming company’s headquarters was listed, but where the UK players were located.

This was a huge addition to online gaming companies’ tax burden. Those which were leveraged with high debt or which were already facing cash flow problems suddenly were struggling. The Point-of-Consumption Tax caused a new wave of consolidation, as weaker companies were swallowed by those more prepared for the new era in taxation.

Some online gamblers must navigate a firewall meant to keep unsavory operators from collecting money from the UK’s population. This firewall was not designed to affect online gambling, but it sometimes does. When this happens, gamblers must go to their IP address and ask to have their computer moved off the firewall list.

UK online casinos prefer to use the British pound sterling as their currency. They support a wide range of money options. The leading companies offer dozens of different European and Asian currencies. All of them also offer the U.S. dollar and the Euro for deposits and withdrawals. Most support currencies from the Commonwealth of Nations, including the Canadian dollar, the Australian dollar, the New Zealand dollar, and the South African rand.

Despite the challenges to online gaming in the past couple of years, the United Kingdom remains home to many of the leading real money gaming companies in the world. Several were major offline casinos and sportsbooks which transferred their brand name successfully online. Others are Internet startups which have built their global community from scratch in a few short years.

William Hill Online – Among the former brand are William Hill Online. William Hill was a bookmaker going back all the way to the 1930s. The sportsbook is named after a man who ran an illegal sportsbook during the Great Depression, but who later went legit and had his operation listed on the London Stock Exchange by the 1950s. Though it began as a sportsbook only, the services now includes its own online and mobile casino brand, too. William Hill is active in Australia and the United States.

Ladbrokes Online – Ladbrokes is even older than William Hill. Ladbrokes began as a private sportsbook in 1886, based around betting at the polo clubs of London. From that auspicious start, Ladbrokes became a respected standalone sportsbook. These days, it has its own online gaming operations in all the main fields. Ladbrokes and William Hill are the old, respected institutions; many startups are now their rivals.

888 Holdings – 888 Holdings owns a series of respected gaming sites, including 888poker, 888sports, and 888casino. Though it is an Internet-era startup company, 888 Holdings has a reputation for sound finances and steady growth. It recently lost out on an attempt to buy Bwin.Party (GVC Holdings won the bid), but the gaming media portrayed the decision to yield as a wise one.

Bwin.Party- Speaking of Bwin.Party, it has been a top competitor in the past 15 years. When Bwin and Party Poker merged in 2010, it created what was the largest online gambling company at the time. Despite that claim to fame, the company has struggled with cash flow in recent years. The Point-of-Consumption Tax was particularly troublesome for the company, which forced it to seek a buyer. American activist investor Jason Ader bought 7% stock in the company, then used this leverage to gain influence on the board of directors. He was a key figure in GVC Holdings’–itself a London-based company–purchase of the company and their merger makes it a key competitor.

Betfair – Betfair is the world’s largest online betting exchange. It is headquartered in Hammersmith in West London and is licensed in Gibraltar. A betting exchange is different than a traditional sportsbook, because sportsbooks pit a gambler against the house and a betting exchange does not. A betting exchange arranges for two gamblers to make bets against each other on a sporting event, then take a fee for maintaining a fair contest in which either side is assured of paying its losses. For millennials, imagine the different in PvP video games, as compared to PvE gaming.

PokerStars – PokerStars is based out of the Isle of Man, a small British Crown Dependence in the Irish Sea between England and Ireland. PokerStars is the number one online poker site in the world, with a community of players three to five times larger than any one other competitor. PokerStars is now owned by a Canadian gaming software company, Amaya Gaming, which hopes to gain access for the poker site in the U.S. gaming market again. Currently, PokerStars is banned from the United States due to lingering legal issues stemming from the Black Friday scandal, but could regain a license in New Jersey by October 2015. Full Tilt Poker is also owned by Amaya Gaming.

Those are just some of the top options. Many UK gaming companies exist, such as Playtech and Microgaming. Irish gaming companies like Paddy Power and CryptoLogic have offices in London, though their headquarters remain in Dublin.